Archives
« ‘The Mandalorian’ star Pedro Pascal cast as Joel in ‘The Last Of Us’ HBO TV series. Hell yeah, this is the way, blah blah!
Weekend Open Bar: Wandering Visions of Spring » 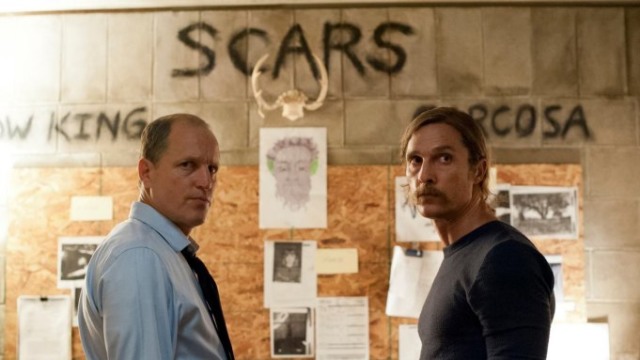 Fuck yeah, I want more True Detective! Apparently, so does HBO! The media monster is currently searching for a “new voice” to take over the show for its fourth season.

HBO hasn’t yet given up hope on the future of “True Detective,” we’ve learned this week, with the powers-that-be revealing that a fourth season is in the early stages of development.

Casey Bloys, the chief content officer for HBO and HBO Max, explains to Deadline this week that the show is currently seeking out a “new voice” for a potential return down the road.

“It’s safe to say we’re working with a couple of writers to find the right tone and take. It’s definitely an area that could be very interesting and I think it would be interesting with a new voice,” Bloys tells the site, suggesting that series creator Nic Pizzolatto is no longer directly involved and that “True Detective” can indeed carry on without him at the head of the table.

Bloys adds, “Quality is what’s going to guide us so if we end up with scripts that we don’t feel are representative or are not at a high enough quality, we’re not going to do something just to do it.”

“True Detective” premiered on HBO back in 2014, with the stellar first season being followed by second and third seasons that didn’t quite garner the same acclaim as that initial outing. It sounds like this one could go either way at this point, with the return of “True Detective” being entirely dependent on HBO nailing down the right approach with the right person.

For now, it’s just nice to hear that they’re interested in bringing it back.