Archives
« ‘Cyberpunk 2077’ studio has been victim of cyberattack but ain’t giving in to ransom demands.
China’s Tianwen-1 has successfully entered orbit around Mars. Hell yeah, fellas! »

‘Ted Lasso’ Season 2 is going to have two more episodes than the first. This feels very, very good. 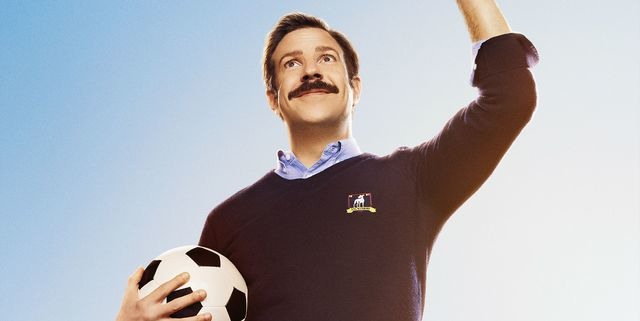 Ted Lasso is a fucking gem, and if I haven’t convinced you to watch it yet…kiss my ass! Nah, I love you all the same. But this is great news for stans of the series like me. The second season is gonna have two more episodes than its first. Good, good! Give me all the feel good! Good, good, give me all the Lasso!

Last year, the AppleTV+ comedy series debuted and quickly began to gain popularity via good old-fashioned word of mouth, spreading joy, mirth, and optimism in its wake and racking up award nominations in the process. So when season 2 premieres, we expect there to be a much bigger crowd paying attention – and Apple has confirmed that fans will be treated to even more than we got in season 1.

Juno Temple, who plays the more-complex-than-she-appears Keeley Jones on the show, spoke with Collider recently and was asked if current production on the second season in the United Kingdom would be extended due to COVID-19, and she dropped an interesting piece of news that hadn’t been revealed before. “Well we’ve joyously been picked up for a few extra episodes this season,” she responded. “So it’s a longer shoot due to actually shooting more.”

But how much more? Apple confirmed that season 2 will actually contain 12 total episodes, which is two more than what we got in season 1. But that wasn’t all the company had to say.

I’m on the record as totally loving this show – it was one of the pieces of pop culture that helped me through the exhausting slog of 2020 – but I must admit that my first reaction to this news was to wince a little bit. Striking the perfect tone of Ted Lasso is a high-wire act, and if the balance is ever thrown off, the whole enterprise could come tumbling down. I think part of the reason the first season worked so well was because it never felt like it really overstayed its welcome, and this news got me thinking about the idea of there being “too much of a good thing” and imagining two extra bowling pins being thrown up to a juggler on a tightrope. When you’ve established a template for greatness, why mess with it so soon?

According to Apple, the folks behind Ted Lasso have an answer: this 12-episode order was reportedly made because “the season’s story required it.” In the age of so-called “Netflix bloat,” in which there often seem to be episodes of wheel-spinning and treading water in the middle of streaming show seasons, it’s good to know that the Ted Lasso writers made this decision for a story-based reason.

There’s no exact release date for Ted Lasso season 2 yet, but that won’t be the last you see of the mustachioed soccer coach: the series has already been renewed through season 3.