‘Spider-Man 3’ is the “most ambitious standalone superhero movie ever” according to Tom Holland. Spider-Verse like a mofuckah, huh? 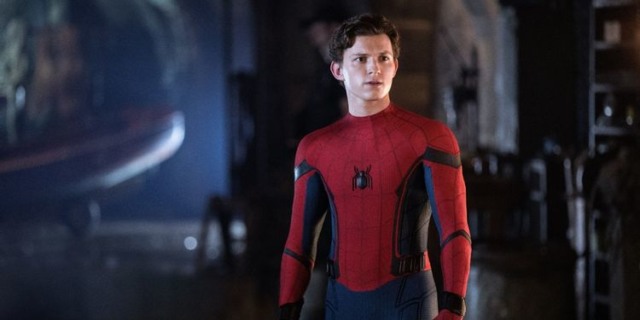 Tom Holland has tickled our tips with this glorious tease about Spider-Man 3. Dude says it’s the most ambitious superhero standalone film ever. Which to me, obviously, means we’re getting that fucking Spider-Verse. I mean, right? As well, I don’t mean to get into semantics, but shit like Spider-Man 3 and Captain America: Civil War definitely push the definition of “standalone” movie. Like, c’mon now.

When last we saw Spider-Man at the end of Spider-Man: Far From Home his entire life was turned upside down by the Daily Bugle’s J. Jonah Jameson revealing that his real name was Peter Parker to the entire world. Now that’s a cliffhanger. So what comes next?

We still don’t know, but according to Spider-Man himself, it’s something “really impressive.” In a new interview, Tom Holland told Variety that the still-untitled third Spider-Man film from Marvel and Sony is “the most ambitious standalone superhero movie ever made.” He added…

You sit down, read the script, and see what they’re trying to do, and they’re succeeding. It’s really impressive. I’ve never seen a standalone superhero movie quite like it. And I’m just, you know, again, that lucky little s— who happens to be Spider-Man in it.

Although none of the rumors have been confirmed, reports suggest Spider-Man 3 will be include some kind of live-action version of the “Spider-Verse” featured in the Oscar-winning animated film Spider-Man: Into the Spider-Verse. Jamie Foxx, Alfred Molina, and perhaps even previous movie Spider-Men Tobey Maguire and Andrew Garfield will all reportedly appear. That certainly sounds like the kind of thing you could describe as an “ambitious” superhero movie. For Spider-Man, that’s about as big as you could possibly go, short of killing the character off in the first ten minutes and then making a two hour portrayal of grief starring Marisa Tomei as Aunt May.

Holland also noted they’ve still got “a lot more shooting to do” before the film is finished. The movie shot seven weeks before Christmas and is about to return to the set to complete production. “I’m just as excited as everyone else to see it, let alone be a part of it,” Holland added. Spider-Man 3 is scheduled to open in theaters on December 17, 2021.