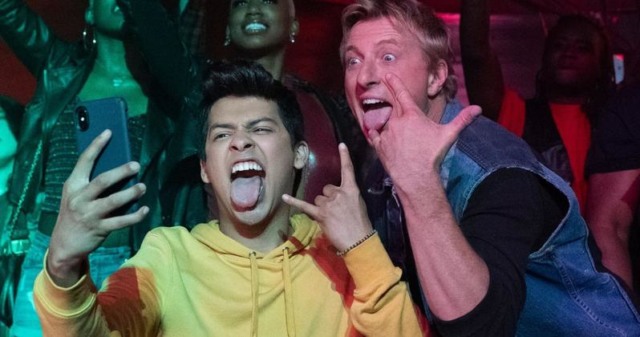 Man, I fucking called this shit on stream last night! Netflix has moved up the date of Cobra Kai Season 3 to January 1st! A good goddamn way to kick off 2021, if you ask my ass.

Cobra Kai’s Johnny is giving us an early Christmas gift. Season 3 of the Netflix sequel to the iconic Karate Kid movie franchise is set to drop on the streaming giant a week early on January 1 — the perfect way to ring in the new year.

The new premiere date was revealed today via video (watch it above) with William Zabka’s Johnny Lawrence sitting at his computer looking at the Netflix page for Cobra Kai. He sees that January 8 as the release date for Season 3. He says, “Nah, too long” and switches the date to January 1.

The official Cobra Kai Twitter account also announced the news with Johnny writing, “QUIET! I heard you all whining about season 3 taking forever. So I called the pawn shop and the guy walked me through this Netflix thing. Dude knows his stuff. Now you get it a week early. See you Jan 1, nerds – Johnny Lawrence”.

As an added bonus, the cast of Cobra Kai will join hosts David Spade, Fortune Feimster, and London Hughes on The Netflix Afterparty to chat all things Season 3 on January 2.

Johnny and Daniel LaRusso (Ralph Macchio) will be joined by two characters from the Karate Kid universe, Chozen (Yuji Okumoto) and Kumiko (Tamlyn Tomita), which signals a possible return to Okinawa in the upcoming season. Season 3 finds everyone reeling in the aftermath of the violent high school brawl between their dojos, which has left Miguel in a precarious condition. While Daniel searches for answers in his past and Johnny seeks redemption, Kreese further manipulates his vulnerable students with his own vision of dominance. The soul of the Valley is at stake, and the fate of every student and sensei hangs in the balance.