Archives
« NASA’s mission to return Mars samples to Earth is approved by review board. Hell yeah, bring me some Red Planet!
David Fincher said he would “love to revisit” fucking ‘Mindhunter’ at some point. Bro, don’t tease us! »

Quentin Tarantino writing ‘Once Upon A Time In Hollywood’ novel as part of two-book deal. Okay then! 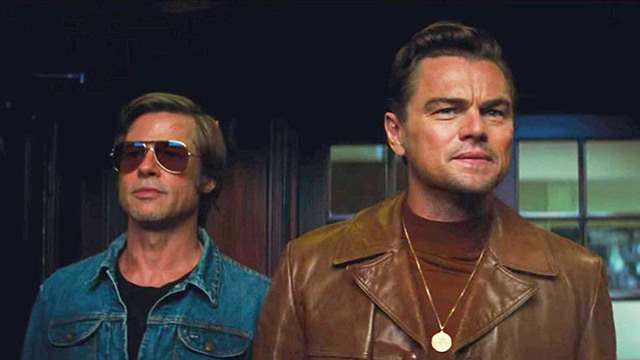 I’ll never read a Once Upon A Time In Hollywood novel by Quentin Tarantino. Yet despite that, I’m oddly excited by the news? I don’t fucking know. Looking for consistency in my ass is like looking for empathy in a Trump supporter. What can ya fucking do.

One of the best scenes in Quentin Tarantino’s Once Upon a Time in Hollywood is the conversation between Leonardo DiCaprio’s Rick Dalton and Julia Butters’ Trudi Fraser about the books they’re reading. She’s absorbed in a biography of Walt Disney, while he’s halfway through the story of poor Easy Breezy and his spine problems. “Jeepers, this sounds like a good novel,” Trudi tells an emotional Rick. Soon, you’ll be able to say the same thing while reading the Once Upon a Time in Hollywood novel.

Tarantino has signed a two-book deal with HarperCollins imprint Harper, including the Oscar-winning writer’s “first work of fiction, Once Upon A Time In Hollywood, a novel to be published next summer that breathes new life into the characters and the premise of a film that got 10 Oscar nominations,” according to Deadline. “Tarantino has long been infatuated with the movie novelizations he read voraciously growing up, paperbacks that accompanied a film’s release. He has set in that tradition a book that teases out the characters played by Leonardo DiCaprio and Brad Pitt.” It’s like the A Million Ways to Die in the West novelization by Seth MacFarlane, except something you actually want to read!

The Once Upon a Time in Hollywood novel will chart the lives of Tarantino’s two protagonists – TV actor Rick Dalton and his stunt double Cliff Booth – both forward and backward in time… I’ve seen a sample of the book, an appreciation of Dalton’s post Bounty Law career from by Pulp Fiction filmmaker Tarantino, who recounts Rick Dalton’s attempts to extend his career in Italy.

Now we need a The 14 Fists of McCluskey spin-off movie. Then the train will have really left the station. Tarantino is also working on a non-fiction book, Cinema Speculation, that’s described as a “deep dive into the movies of the 1970’s, a rich mix of essays, reviews, personal writing, and tantalizing ‘what if’s,’ from one of cinema’s most celebrated filmmakers, and its most devoted fan.” A fitting topic for our finest film critic.