Archives
« ‘Starfield’ will feature the biggest map of any Bethesda game. Ever. Give me this fucking game!
Take a break from the Apocalypse, friends! » 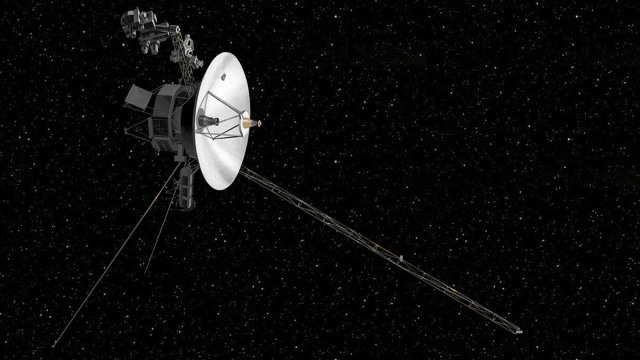 Voyager 2, baby! What the fuck is up? Great to hear from ya. Glad NASA could contact you for the first time since March using a Deep Space Network dish. Cause, fuck. You’ve missed some serious shit here on Earth.

NASA just made contact with Voyager 2 for the first time since March thanks to a key technology upgrade. The agency has revealed that it sent commands to the probe on October 29th using the recently upgraded Deep Space Station 43 dish in Canberra, Australia. The instructions were part of a test for new hardware, including a radio transmitter that hadn’t been replaced in 47 years — before Voyager 2 even launched.

The mission team received status updates and scientific data from Voyager in the intervening months, but couldn’t reach out.

DSS43 is part of a larger Deep Space Network that ensures all spacecraft beyond the Moon can get in touch as long as there’s a line of sight to Earth. This dish is the only one that can communicate with Voyager 2, however. The craft is so far away (11.6 billion miles) that Northern Hemisphere antennas can’t get in touch, and DSS43 is the only Southern Hemisphere dish powerful enough to send commands.

The upgrades will be crucial for more than just Voyager 2 when the dish officially goes back online in February 2021. NASA expects its Perseverance rover to land on Mars on February 18th, and DSS43 could play a key role in that mission. It may also be vital for upcoming Moon missions and, eventually, crewed trips to Mars. What money NASA invests now could easily pay dividends for decades of future space exploration.