‘Assassin’s Creed’ live-action series diving onto Netflix. Get it? Like, diving? Eh whatever the fuck! 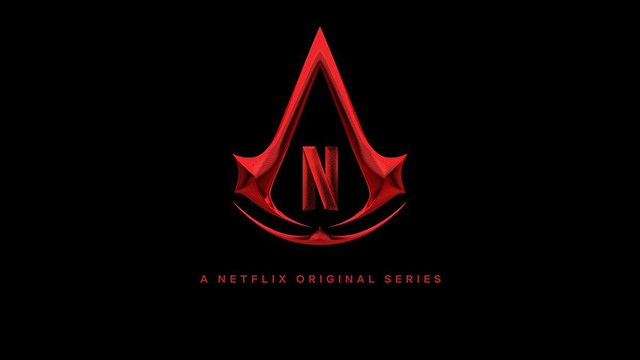 Can Assassin’s Creed follow-up The Witcher as Netflix’s next great video game adaptation? I’m not sure! But, we’re all about to find out together. How do I feel about this shit? Pretty optimistic, honestly. I don’t know if I’ll fuck with it, but Netflix’s floor is pretty high when it comes to quality.

Given the time-traveling, secret-order obsessed nature of the Assassin’s Creed video games, it’s a wonder we haven’t seen a TV show yet. A universe that includes any historical period you want and societies that have interested humans for centuries is catnip to screenwriters and networks alike, particularly those looking to create bingeable anthology series. Netflix was the first network to take the bait, partnering with Ubisoft to create a series of shows based around the game’s mythology.

According to Deadline, the planned Assassin’s Creed series is a show in search of a showrunner, but both parties are eager to get moving on an adaptation.

“We’re excited to partner with Ubisoft and bring to life the rich, multilayered storytelling that Assassin’s Creed is beloved for,” Netflix VP Peter Friedlander said. “From its breathtaking historical worlds and massive global appeal as one of the best selling video game franchises of all time, we are committed to carefully crafting epic and thrilling entertainment based on this distinct IP and provide a deeper dive for fans and our members around the world to enjoy.”

“We’re thrilled to create an Assassin’s Creed series with Netflix and we look forward to developing the next saga in the Assassin’s Creed universe,” said Ubisoft’s television head Jason Altman.

The reason that Assassin’s Creed has been slow to move toward a TV adaptation in an IP-hungry period for streaming probably has something to do with the disastrous 2016 movie. The Michael Fassbender-led film reportedly lost around $100 million and was critically derided. Fassbender put this down to a plodding sense of pacing and the movie taking itself far too seriously, something a new series would want to avoid.

“I would make it more entertaining, that’s really the main note. The feeling of the film, I think it took itself too seriously and I would get to the action a lot quicker,” Fassbender said after the movie was out of theaters. “I think there’s three beginnings of the film, which is a mistake.”