‘Spider-Man 3’ is bringing back Jamie Foxx as Electro. That’s, uh, a choice! Here’s hoping for a Spider-Verse! 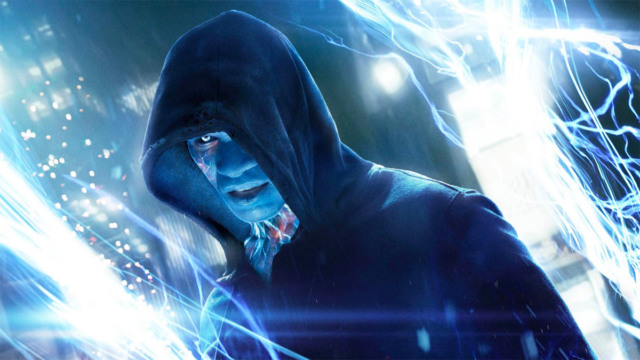 Amazing Spider-Man 2 or whatever was one of the worst superhero movies ever. That said, I’m not sure I can hang that on Jamie Foxx. So while it’s odd that dude is returning to the role of Electro for the third Spider-Man flick in the MCU, I don’t think it’s necessarily a bad thing. In fact, I hope this portends some sort of Spider-Verse emerging in the MCU. Ain’t holding my breath, but I can hope!

Marvel Studios and Sony Pictures’ next Spider-Man movie, the follow-up to 2019’s Spider-Man: Far From Home, will reportedly see Jamie Foxx reprise his role as Electro from The Amazing Spider-Man 2. Yes, the 2014 movie that starred Andrew Garfield as Peter Parker/Spider-Man, which could portend major plot implications for the Marvel Cinematic Universe.

Foxx played engineer Max Dillon in The Amazing Spider-Man 2, where an accident at Norman Osborn’s Oscorp involving a tank full of electric eels turned Dillon into the supercharged Electro. In the Marvel comics, Electro, a longtime enemy of Spider-Man dating back to 1964, was created when when Max Dillon was struck by lightning while working on power lines.

Foxx’s return as Electro follows a similarly surprising character reveal from the mid-credits sequence from Spider-Man: Far From Home. In that film, it was revealed that J.K. Simmons, who played J. Jonah Jameson in the Sam Raimi-directed Spider-Man trilogy led by Tobey Maguire, would reprise his role as the Daily Bugle’s fiery figurehead in the current Spider-Man cinematic universe.
With the upcoming Doctor Strange sequel, Doctor Strange in the Multiverse of Madness, and the reality-bending Disney Plus series WandaVision, one has to wonder if Mysterio’s mention of a multiverse in Far From Home — and fallout from liberal use of the Reality Infinity Stone by Thanos, Bruce Banner, and Tony Stark in the Avengers movies — was more than just a ruse, and more of a sign of things to come for Spider-Man.