Archives
« So These Are Comic Books (8.19.2020) – Practicing Decorum On A Dead Earth
Sony says PS5 is definitely launching this year. So like, some fucking deets please? » 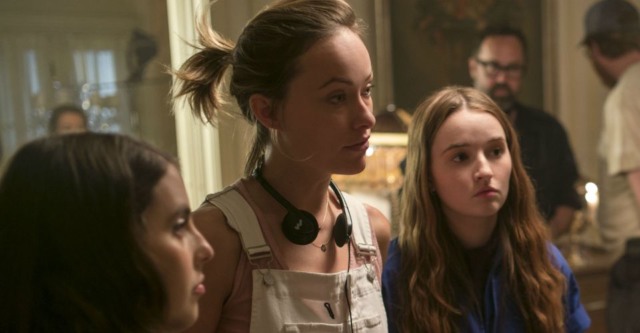 Olivia Wilde brought it in her directorial debut, Booksmart. But, you probably don’t know that, cause no one fucking saw the enjoyable coming-of-age flick. Anyways, enough posturing. Fuck yeah! Give her the Spider-Woman movie, I’m all in.

It appears Olivia Wilde is joining the ranks of Marvel filmmakers.

According to Deadline, the 36-year-old actress is set to direct a “secret” Sony project that centers around a female Marvel character. Sources could not confirm the specific superhero, but the film is expected to focus on Spider-Woman. Wilde will reportedly pen the script alongside Katie Silberman. Amy Pascal and Rachel O’Connor have also signed on as producer and executive producer, respectively.

Wilde made her feature directorial debut with the 2019 comedy Booksmart. While discussing the R-rated film with MTV International, Wilde revealed she would be down to direct a Marvel movie.

“Totally yeah, absolutely,” she said during the 2019 sit-down. “I think that it’s exciting that now women like Ava DuVernay and Chloé Zhao are directing Marvel films and it’s exciting to think about what that will do to the franchise. I think it’s a proud … I’m a proud member of the movement of female directors, and I don’t think there’s any genre that should be off the table.”

As pointed out by Deadline, Sony is now developing a handful of women-centered Marvel films, including the Spider-Man spinoff Madame Web, directed by S.J. Clarkson, as well as Black Cat and Silver Sable features.