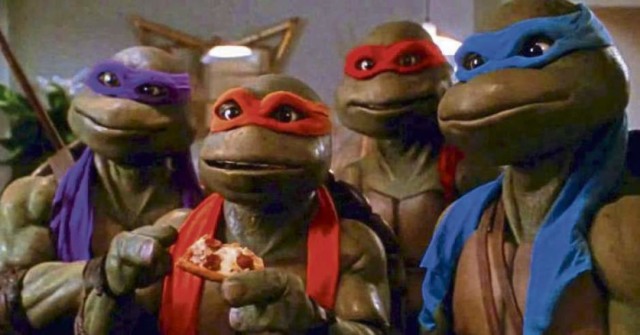 Seth Rogen and his production team are the latest to take a swing at a Teenage Mutant Ninja Turtles movie. And? I don’t know, they seem a solid enough choice to potentially crush it. How’s that for political speak, eh?

This time around, the feature adaptation of the Kevin Eastman-Peter Laird-created comic book, will be CG animated. The Teenage Mutant Ninja Turtles feature franchise has accumulated $1.15 billion across six movies from three studios since 1990. The last two movies, released by Paramount and Michael Bay’s Platinum Dunes in 2014 and 2016, were live-action and together accounted for $730.6M. The last time there was a feature CG version of Turtles was Warner Bros.’ 2007 TMNT ($96M WW).

Said Brian Robbins, President, Kids & Family for ViacomCBS: “Adding Seth, Evan and James’ genius to the humor and action that’s already an integral part of TMNT is going to make this a next-level reinvention of the property. I’m looking forward to see what they do, and I know that Ramsey Naito and her team are excited to take the Nick Animation Studio into another great direction with their first-ever CG-animated theatrical.”

Following Teenage Mutant Ninja Turtles launch in 1984 as a comic book, it was followed up by a hit 1987-1996 animated TV series, as well as a billion-dollar selling retail juggernaut across toys, apparel, video games, and more. New Line released three live-action movies between 1990-1993 which grossed $323.2M WW.