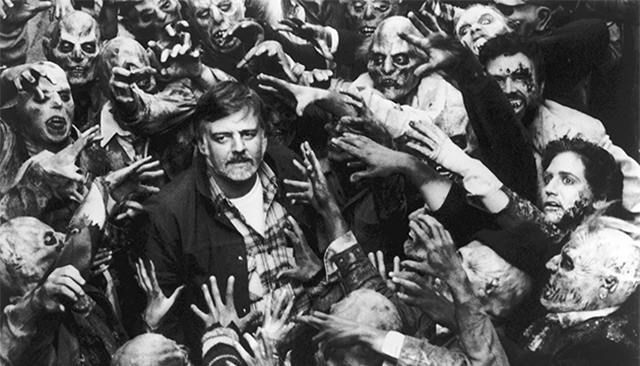 That lost movie of George A. Romero? The Amusement Park? It’s almost fucking ready for release, my friends!

A few years back, author Daniel Kraus lit up Twitter with a thread about a “lost” film from Night Of The Living Dead director George Romero, The Amusement Park. Kraus, a former colleague of the late filmmaker, called the lo-fi flick “one of those magical (cursed?) objects,” saying it might be Romero’s “most overtly horrifying film.” A restoration effort was in the works at the time, and Romero’s widow, Suzanne Desrocher-Romero, said she had plans to unleash it on the world.

Now, with the movie’s worldwide sales rights having been picked up by Yellow Veil Pictures, it may soon see the light of day. According to The Hollywood Reporter, the 1973 feature is currently being shopped around the Cannes virtual market.

Illustration for article titled George Romeros lost 1973 film, iThe Amusement Park/i, is closer than ever to getting released
George Romero didn’t just invent the zombie movie, he changed filmmaking forever
It’s true that, before George Romero’s Night Of The Living Dead traumatized a generation of kids…

Per THR, “it stars Lincoln Maazel as an elderly man who finds himself disoriented and increasingly isolated as the pains, tragedies, and humiliations of aging in America are illustrated by his journey among roller coasters and chaotic crowds.” Desrocher-Romero says it is not explicitly a horror movie, but echoes Kraus in saying it’s Romero’s “most terrifying film.”

“We couldn’t be more excited to team up with the George A. Romero Foundation to bring this horrifying lost film to audiences,” reads a statement from Yellow Veil’s Justin Timms. “George’s work here, as always, is an unnerving criticism of American society, this time embodied through a relentless amusement park.”

Clowns? Rollercoasters? The perils of aging into irrelevance in a society that looks more and more like a circus everyday? Yep. Still relevant.