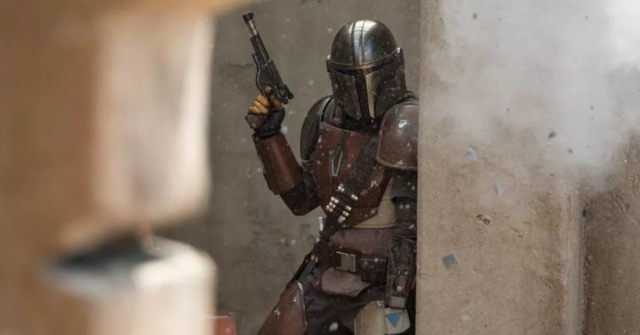 Ain’t this a hardline to make me completely fucking torqued. The Mandalorian S2‘s action is going to be particularly glorious, as the show brought in Extraction director Sam Hargrave to help out with it. And if you’ve seen that flick, you know that dude can build a fucking action sequence.

The first season of The Mandalorian had no shortage of incredible action scenes that easily won over Star Wars fans. (Baby Yoda didn’t hurt either.) But with the upcoming second season expanding Mando’s world even further, showrunner Jon Favreau knew the action had to expand with it, so he secretly brought in Extraction director Sam Hargrave to take things to the next level.

In an interview with Collider, Hargrave revealed that Favreau reached out while he was still working on post-production for Extraction. That movie had yet to deliver Chris Hemsworth’s Tyler Rake to Netflix, but Hargrave was already a known quantity thanks to his work with Marvel. Not only was he as a stunt coordinator for several MCU films, but he was literally a stunt double for Captain America. In short, the guy knows his stuff when it comes to action scenes, and it’s that kind of expertise that Favreau wanted for season two of The Mandalorian.

We worked closely with the stunt team there, with Bryan Watson and the team that had done the first season; they did a really great job. You know, it was just to bring a little extra perspective, add a few things, things I’ve learned while working on superhero movies, little tricks which make the performances easier and using visual effects to enhance certain things. Just bringing a little bit of experience and knowledge to where we could take it to another level and up the ante. The next season is really, really cool. The way the story arcs is really cool. So we tried to have the action represent that and take it to the next level. I think we did that.

The Mandalorian Season 2 will premiere in October on Disney+.