Archives
« Scientists find that saying “fuck” and other swears can decrease pain. THEN WHY AM I ETERNALLY TORMENTED?
Dude hacks NES Power Glove to control a modular synth with his fingers. This is the retrofuture cyberpunk I demand. » 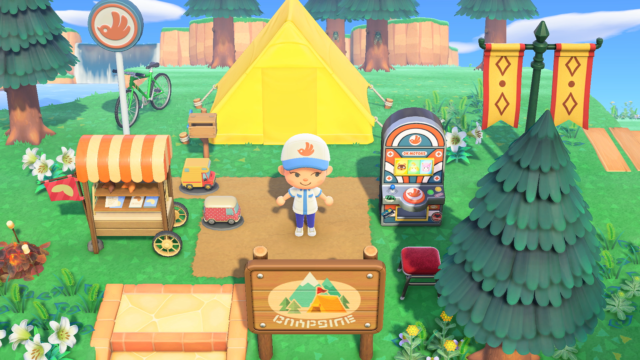 Fucking Animal Crossing, man! It was already reported that it had the best Switch launch. Ever. Now, we have word that it’s already the lifetime leader in Switch digital sales and revenue. I say, goddamn!

Many industries have been hit hard by the coronavirus pandemic and the unprecedented shutdown that tried to limit its spread, but the gaming industry continues to thrive while the shutdown continues. Some major titles have seen movie-style delays later into the calendar, but as people wait out the pandemic at home they’ve taken to video games in record numbers.

According to The Hollywood Reporter, the gaming industry had its best month ever in April.

Game spending topped $10.5 billion last month, higher than March figures ($10 billion) and up 17 percent from the same month in 2019 according to the latest report from Nielsen’s SuperData.

Perhaps the best example of this is Animal Crossing: New Horizons, the title that captured the attention of a record number of people who also owned Nintendo Switch consoles before a shortage struck in the shutdown’s first few weeks. According to the report, it’s taken just two months for Animal Crossing to become the biggest game in the console’s history.

Nintendo’s social simulation game Animal Crossing: New Horizons led the charge, selling the most digital units — $3.6 million — of any game during the month. After only two months on the market, the game is now the top Switch title in lifetime digital sales and lifetime digital revenue.

Considering that number tops any Mario game or even Breath of the Wild — largely considered the best Switch game and one of the best titles of the current console generation — it’s a good indictor of Animal Crossing‘s popularity. So no, your Twitter feed filled with screenshots from your friend’s islands is not a mirage.