Archives
« Weekend Open Bar: Baby, can you dig your man?
Phil Lord and Chris Miller directing Ryan Gosling in adaptation of next book from ‘The Martian’ author Andy Weir »

‘The Mandalorian’ Season 2 casts Timothy Olyphant. For all that’s holy, make him a gunslinger! 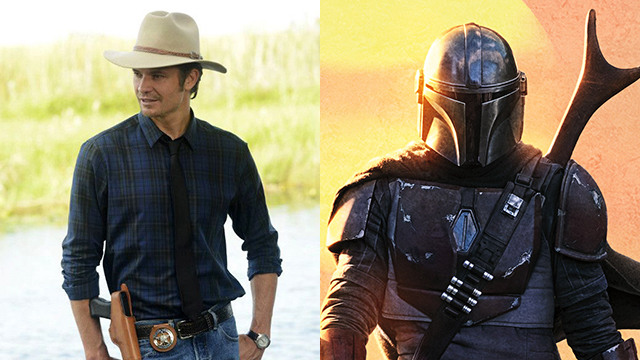 Timothy Olyphant has been cast in The Mandaorian Season 2! Jesus, the Universe is wild sometimes. Just today, I was telling our own Neo to watch Justified, because Olyphant is essentially Han Solo in the series. Now, the dude is joining the Star Wars universe!

The cast for The Mandalorian is booming. First, it was Rosario Dawson joining the series as Ahsoka Tano. Now, Timothy Olyphant is joining the acclaimed Disney+ series in its sophomore outing. Friday afternoon, THR reported the Santa Clarita Diet alumnus is joining the series in an undisclosed role. It’s also not clear whether the actor will play a character original to the show or a returning character from deep within the Star Wars mythos that’s popped up in an animated series or otherwise.

Dawson and Olyphant are the only two joining the Jon Favreau-led series for its second go-around. Temeura Morrison — the actor that played Jango Fett in Attack of the Clones — will be rejoining the franchise to play Boba Fett in a minor role. Further rumors, though unverified, suggest the actor could also be playing the second role in the form of fan-favorite animated character Rex.

Of course, that’s all on top of the previously-announced castmates, such as Katee Sackhoff joining the series as Bo-Katan Kryze after previously voicing the character in the Clone Wars and Rebels animated series.

Though most production has currently been shut down as a result of the coronavirus pandemic, Disney chief Bob Chapek recently confirmed the second batch of episodes of the hit Star Wars show will still be released this October, as previously announced.

“As you know we have a certain amount of inventory, particularly for Disney+, that is still fueling the machine,” Chapek told CNBC. “It’s important to note though that pre-production, sort of the development phase, can still happen during these times of lockdown if you will; and post-production can still happen. So it’s only films that are mid-stream, right in the middle of production (that have been stopped by the pandemic). Take for example Mandalorian. The Mandalorian was shot before COVID really hit, and so we’ve been in post-production and there will be no delay on Mandalorian. Same thing with Black Widow which is coming out in November.”

The first season of The Mandalorian is now streaming on Disney+. Season Two is expected to hit the service this October.