Archives
« ‘The Last Dance’ has passed ‘Tiger King’ as the most popular documentary on the fucking planet. MJ winning again!
Pentagon has released legit-ass UFO footage and how sick is this shit? »

Microsoft debuting Xbox Series X gameplay on May 7. Sony, where the fuck you at kid? 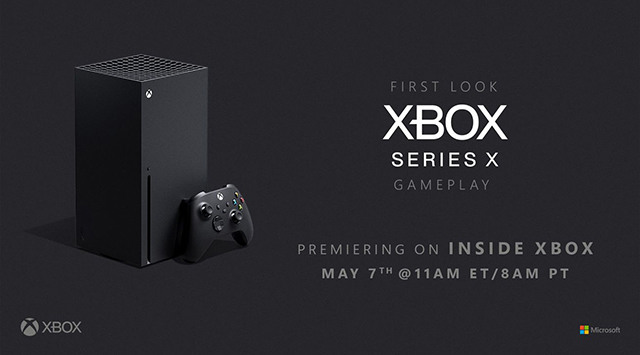 Microsoft has announced they’re dropping Xbox Series X gameplay footage May 7. Man, they seem to be crushing the next-gen reveal game. We know what the console looks like, we’re getting gameplay footage. Meanwhile, Sony’s like. We have a system, here’s a controller. How much is it going to cost? What’s it going to look like? Fuck you.

Microsoft is planning to show off some Xbox Series X gameplay next month. The software maker will hold a special Inside Xbox stream on May 7th, with the focus squarely on games for the Xbox Series X. Microsoft’s event will include next-gen gameplay from Microsoft’s “global developers partners,” but Xbox Game Studios games titles will be showcased at a later date.

“So pumped to see our partners showing us a first look at Xbox Series X gameplay next week,” says Aaron Greenberg, general manager of Xbox games marketing. “Also know the Xbox Game Studios teams are hard at work on some big summer plans. More details soon!” We’ll likely see more of Microsoft’s own Xbox Series X game plans in June, around the time E3 was supposed to be held.

News of Microsoft’s event comes just after Ubisoft revealed its first trailer for Assassin’s Creed Valhalla. The new game in the series is arriving this holiday, complete with Vikings, and will be available on Xbox Series X and PS5.

Microsoft’s Inside Xbox event will take place on May 7th at 8AM PT / 11AM ET.