Archives
« Tonight! Unleashing the warrior’s spirit on ‘Dead Cells’ so help me god let me win
PlayStation 5 supply is going to be limited at launch due to higher price. Fucking c’mon, brooooooo » 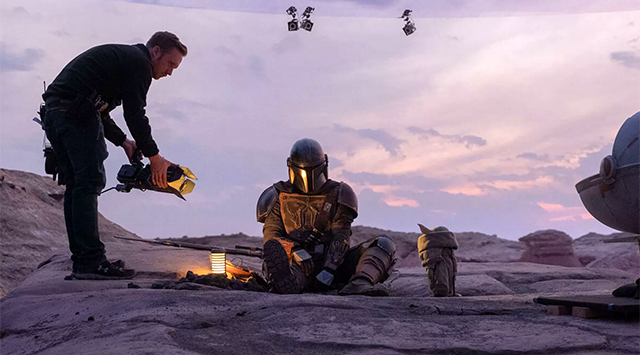 Friends, Disney is dropping a documentary series about The Mandalorian on Star Wars Day. You know, I typically think Star Wars Day is lame as fuck. An excuse for dudes who wear airbrushed Star Wars t-shirts to go “dur, dur, May the Fourth Be With You!” and shit. But now this year? I’m actually excited.

May 4 is Anti-Bullying Day, International Respect for Chickens Day, and Petite and Proud Day, but with all due respect to bullies, chickens, and the proudly petite, it’s mainly recognized as Star Wars Day, a.k.a. May the Fourth Be With You. For this year’s made-up holiday, which existed years before Disney turned it into an excuse to bleed nerds dry (“I need that limited edition Watto figurine, and I need it now!” — me), Disney+ is releasing The Clone Wars series finale and Disney Gallery: The Mandalorian, an eight-episode documentary series about Baby Yoda. And some bounty hunters, I guess.

“Disney Gallery: The Mandalorian is an opportunity for fans of the show to take a look inside and get to see a different perspective, and perhaps a greater understanding, of how The Mandalorian came together and some of the incredibly talented contributors throughout season one,” creator Jon Favreau said in a statement. “We had a great experience making the show and we’re looking forward to sharing it with you.” The series will cover “the filmmaking process, the legacy of George Lucas’ Star Wars, how the cast brought the characters to life, the series’ groundbreaking technology, the artistry behind the show’s practical models, effects, and creatures, plus the influences, the iconic score, and connections to Star Wars characters and props from across the galaxy.”