Archives
« Weekend Open Bar: Buy a Ticket, Take the Ride!
Best of OL Plays: Oh no, I doN’T HAVE YOLOOOOOOOOOOOOO »

‘Hellraiser’ reboot being directed by the dude who did ‘The Ritual’ and written by David S. Goyer. So, uh. Fuck. 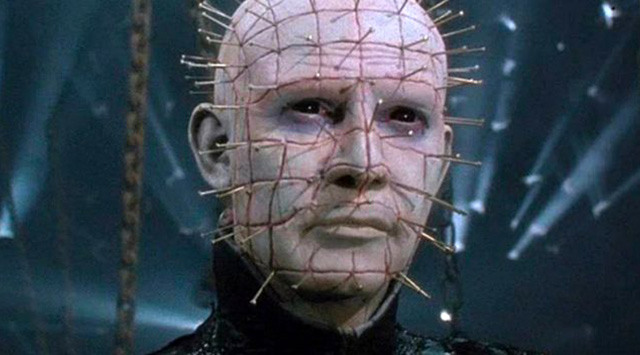 Hellraiser is getting rebooted, friends! Again! And, it’s being directed by the dude behind The Ritual. Admittedly, I’ve never seen this movie. But I’m concerned because it’s sitting with an asstacular rating on Rotten Tomatoes. However, his upcoming movie The Night House is pretty good? Who the fuck knows? Perhaps most concerning, the script was written by David S. Goyer. Not great!

That Hellraiser reboot is still happening, and it has found its director. Last year, word broke that David S. Goyer was writing and producing a new take on Clive Barker’s horror classic, and now the project has attached David Bruckner to helm. Bruckner directed segments in horror anthology films V/H/S and Southbound, as well as the Netflix title The Ritual, and the upcoming The Night House.

According to THR, David Bruckner is about to open up the Lament Configuration and summon the Hellraiser reboot. Bruckner will direct from a story by David S. Goyer, and not much is known about this new take other than that it’s supposed to be a “loyal, yet evolved” new adaptation of Clive Barker’s classic. The original Hellraiser was released in 1987, with Barker adapting his own novella The Hellbound Heart. Here’s the synopsis:

Sexual deviant Frank inadvertently opens a portal to hell when he tinkers with a box he bought while abroad. The act unleashes gruesome beings called Cenobites, who tear Frank’s body apart. When Frank’s brother and his wife, Julia, move into Frank’s old house, they accidentally bring what is left of Frank back to life. Frank then convinces Julia, his one-time lover, to lure men back to the house so he can use their blood to reconstruct himself.

You might notice there’s no mention of Pinhead, the most iconic Hellraiser character, in that synopsis. That’s because Pinhead and his pals the Cenobites actually play a very small part in the original film. It wouldn’t be until the sequels that Pinhead would blossom into a main character – which ended up being for the worst, because he morphed from a mysterious, nightmarish character into just another horror movie slasher.

There are ten Hellraiser titles in all, with many of the later sequels originally starting out as completely unrelated horror scripts that added Pinhead and Hellraiser mythology in after the fact. The first film remains the best of the bunch, though, with the sequel, Hellbound: Hellraiser 2 a close second and made all the more memorable by how much more graphic and gory it was when compared to the first. All that said, while some horror classics can stand on their own and don’t need reboots, I think there’s room for improvement with Hellraiser, and am curious to see how this shakes out.

While I’m not entirely sure Goyer is the right guy to write a Hellraiser story, the script is being handled by Ben Collins and Luke Piotrowski. And bringing Bruckner on to direct is an inspired choice. His segments in V/H/S and Southbound are both strong, as is his Netflix film The Ritual. I also caught his upcoming film The Night House at Sundance, and was pretty impressed with it. It has a few problems here and there, but overall, it’s a genuinely scary movie, with multiple scenes that had the audience I saw it with losing their collective minds and freaking out.