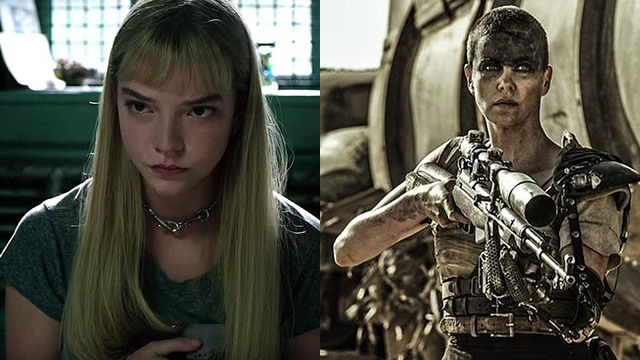 George Miller better get a fucking move on with this Mad Max spin-off starring Furiosa. If dude waits any longer, the actual apocalypse gonna arrive first. But! Should he outrace said apocalypse? His movie could be starring  Anya Taylor-Joy. I can absolutely fuck with this.

Good news for “Mad Max” fans: A new report from Variety claims writer-director George Miller is actively in development on his long-in-the-works “Mad Max” spinoff movie centered on Furiosa, the breakout action heroine played by Charlize Theron in “Fury Road.” Variety’s Justin Kroll and Brent Lang report: “Director George Miller has been meeting with names including Anya Taylor-Joy for his ‘Furiosa’ spin-off, which he hopes to start shooting in 2021. Of course, Miller is making concessions — those auditions have taken place via Skype.”

The Variety report should not come as a major surprise, as Miller has been vocal for a couple years now about wanting to make a proper “Mad Max: Fury Road” sequel and a Furiosa spinoff movie. “Fury Road,” a six-time Oscar winner and Best Picture nominee, was widely celebrated as one of the best films of the last decade. The film starred Tom Hardy in the title role and grossed $374 million worldwide.

The long wait for additional “Mad Max” films has been the result of a lawsuit between Miller’s production company, Kennedy Miller Mitchell, and Warner Bros. The production company claimed it was eligible for $9 million after it delivered “Fury Road” under the agreed budget of $157 million. Warner Bros. said the company broke contract over the film’s intended runtime and rating, delivering a 120-minute R-rated film when it allegedly agreed to a 100-minute PG-13 film. Tension between the two parties must be cooling off if Miller is now auditioning actresses for his Furiosa movie.