Archives
« ‘Wonder Woman 1984’ has been pushed from June until August. So, you’re saying there’s a chance…?
Epic publishing next games from the developers of ‘Control’ and ‘The Last Guardian’ » 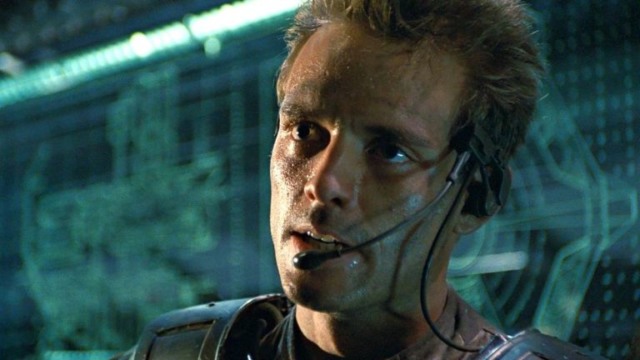 Michael Biehn is coming to The Mandalorian, motherfuckers! The absolute bad ass from Terminator and Aliens is joining the show as a bounty hunter.

Michael Biehn. Star Wars. It kind of fits, right? The actor has already appeared in two of the best sci-fi series of all-time—The Terminator and Aliens—so what better way to complete a sci-fi trifecta of sorts than with The Mandalorian?

Making Star Wars reports, and Hollywood Reporter confirms, that Biehn is part of The Mandalorian season two. Apparently he plays “a bounty hunter from the Mando’s past,” which makes sense considering there were many loose ends left in season one about that past. The report also says Bill Burr will reprise his role as Mayfeld in the second season.

io9 reached out to Lucasfilm about this report and will update this story if or when it responds. However, in reporting this story, io9 did have one source confirm the casting and add that Biehn’s dialogue would draw from some of his famous roles of the past. So don’t be surprised if you hear “It’s the only way to be sure” or “Come with me if you want to live.”

Biehn has been acting since the late ‘70s. He appeared in supporting roles for many years before breaking out in 1984’s The Terminator. That film not only bonded him with director James Cameron, who cast Biehn in The Abyss and Aliens, but helped cement his no-nonsense, tough-guy persona. He’s also known for roles in Tombstone, The Rock, Navy SEALs, and more, has been appearing in many small, indie films over the past decade or so.

Though things have been pretty hush-hush around the production on The Mandalorian, we’ve seen reports that Robert Rodriguez directed an episode this time around as well as Carl Weathers, who plays Greef Carga in the series. Last week we learned that Rosario Dawson will be joining the cast to play a live-action Ahsoka Tano. And, of course, Baby Yoda will remain a troublemaker.

Season two of The Mandalorian, produced by Jon Favreau and Dave Filoni, was scheduled to premiere on Disney+ this fall. However, that was before the covid-19 pandemic so there’s no word if the release date will be impacted at all. What we do know is that principal photography had been completed and Pedro Pascal and Gina Carano will return.