Archives
« ‘Thor: Love and Thunder’ adds Jennifer Kaytin Robinson as co-writer. Sounds good!
‘The Batman’ gets first official look at costume thanks to camera test. Dudes, it is fucking awesome. »

‘Mass Effect’ lead writer has joined ex-BioWare devs at Archetype Entertainment to develop sci-fi RPG. How fucking awesome is this? 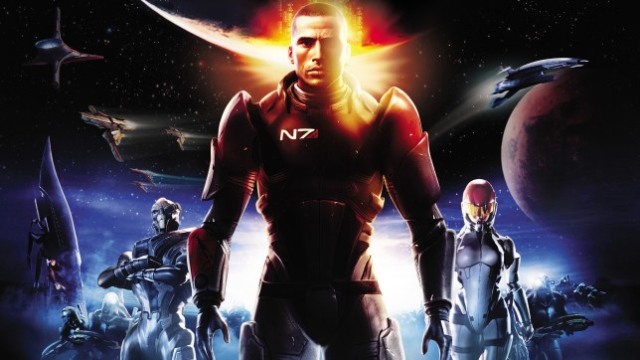 Holy fucking shit. I was already stoked about the idea of the ex-BioWare devs at Archetype Entertainment working on a sci-fi RPG. But, now? They’ve brought the lead writer of Mass Effect into the fold. This is so good.

Karpyshyn worked at BioWare for more than 18 years, according to his LinkedIn profile, and is joining his former colleagues James Ohlen and Chad Robertson at Archetype. On his personal website, Karpyshyn said the young studio reminds him of BioWare’s “early days.”

“When I started at BioWare, everything was fresh and exciting,” Karpyshyn wrote. “It was a dream job — talented people working together to create epic games like Baldur’s Gate, KOTOR, Mass Effect and Dragon Age. But as we grew and became more successful, things changed. We became more corporate. We were less able to make what we loved, and the teams were pushed to create games based on market research rather than our creative instincts and passions. My dream job became just a job, and I lost the enthusiasm and excitement I once had.

“But with Archetype, my passion has been rekindled. The feel in the studio reminds me of my early days at BioWare; I can feel the magic in the air. And even though I can’t get too deep into the specifics of what we’re working on yet, we’re already generating plenty of excitement in the industry.”

Wizards of the Coast announced in 2019 that it planned to build a new game development studio, and hired James Ohlen (Baldur’s Gate, Dragon Age, Star Wars: Knights of the Old Republic) to run the Austin, Texas-based company. In January, that studio was christened Archetype Entertainment.

Archetype’s debut project is described as a multiplatform role-playing game “set in an all-new science fiction universe that will send players on a story-driven epic where choices they make will have real consequences on how their story unfolds.” The property will be set outside of Wizards’ Dungeons & Dragons and Magic: The Gathering franchises.