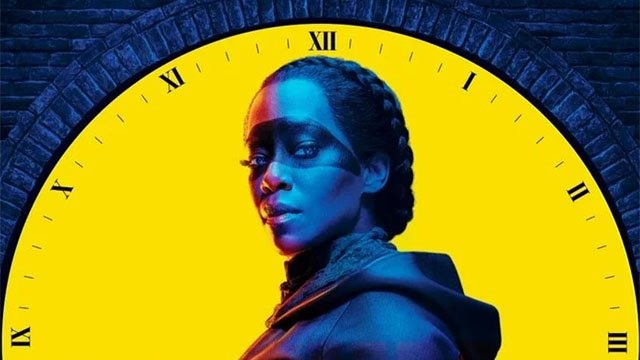 Lots and lots and lots of people are watching the Watchmen. And goddamn does that make me happy, because it’s some of the best television I’ve seen in years.

Who watches the Watchmen? Well, it turns out a whole lot of people do. Damon Lindelof‘s comic book series, based on the groundbreaking graphic novel by Alan Moore and Dave Gibbons, has proven to be a super hit for HBO, with the best TV ratings for a new premium cable series this year. While it hasn’t reached the levels of Game of Thrones, Watchmen is HBO’s most-watched new series since Big Little Lies.

Variety reports that Watchmen is drawing an average of 7.1 million viewers across HBO’s linear channels and streaming platforms. That makes it premium cable’s most popular new series of 2019, and HBO’s most-watched new program since Big Little Lies.

Of the seven episodes that have aired thus far, Watchmen‘s Episode 7, “An Almost Religious Awe,” drewdrew 779,000 viewers in Nielsen’s Live+Same Day ratings, the show’s highest numbers since its premiere, which drew 799,000 viewers. When counting all HBO platforms for the seventh episode, that number grew to 1.2 million viewers.

Watchmen‘s numbers have only been growing thanks to the tremendous word-of-mouth buzz building around the series. You only have to look to Twitter, and with the engagement with /Film’s own Watchmen weekly podcast, to see the huge numbers of people involved in the show. According to HBO, the Sunday night premiere ratings for Watchmen only show little more than 10% of the show’s audience: the numbers for the first episode has since grown to 9.6 million total viewers. HBO anticipates that number only growing as we make our way to the December 15 season (and possibly series) finale, as HBO2 marathons the show this Sunday and next Sunday.

Could these numbers lead to HBO renewing the series, despite Lindelof’s insistence that this story is done with the ninth and final episode of the season? I can’t imagine that the network isn’t considering that. HBO, along with every other network and streaming platform out there, has been hungering for a series to fill the void left by Game of Thrones, though it’s clear that even with the wild success of Watchmen that even it can’t totally fulfill that. But could these numbers mean that even if we don’t get a Watchmen season 2, HBO will look into other shows expanding the world that Alan Moore and Dave Gibbons created? We’ll have to watch and see.