Archives
« Weekend Open Bar: At Least The Stars Are Out
‘Westworld’ Season 3 Trailer: What could possibly go wrong from relying on tech companies? »

There is growing evidence that the Universe is connected by giant unseen structures. Bruh, don’t get me excited. 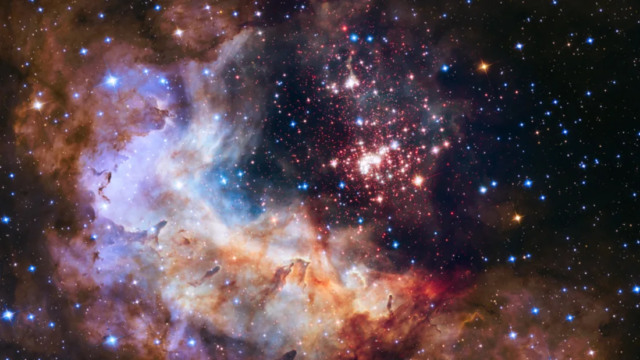 Man, maybe! Just maybe. The Universe is connected by a cosmic web. or some shit Why are we even talking about this? It’s due to the fact that scientists have noticed that “some galaxies move together in odd and often unexplained patterns, as if they are connected” by some sort of fucking unseen force. How fucking sick is this?

Galaxies millions of light years away seem to be connected by an unseen network of massive intergalactic structures, which force them to synchronize in ways that can’t be explained by existing astrophysics, Vice reports. The discoveries could force us to rethink our fundamental understanding of the universe.

“The observed coherence must have some relationship with large-scale structures, because it is impossible that the galaxies separated by six megaparsecs [roughly 20 million light years] directly interact with each other,” Korea Astronomy and Space Science Institute astronomer Hyeop Lee told the site.

There have been many instances of astronomers observing galaxies that seem to be connected and moving in sync with each other. A study by Lee, published in The Astrophysical Journal in October, found that hundreds of galaxies are rotating in exactly the same way, despite being millions of light years apart.

And a separate study, published in the journal Astronomy and Astrophysics in 2014, found supermassive black holes aligning with each other, despite being billions of light years apart.

While current cosmological principles support the alignment and movement of ancient stars at a smaller scale, astronomers are puzzled by the much, much larger patterns across vast distances.

But before they can draw any conclusions, they’ll need more data — the body of work is still limited, as Vice points out.