Archives
« ‘Spider-Man: Into the Spider-Verse’ Sequel dropping April 8, 2022. How the fuck do they top the perfect original?
Streaming Tonight! Sucking ass at ‘Donkey Kong Country 2’ and talking shit! 10pm! »

Astronomers have discovered a Black Hole only the size of Manhattan. The Cosmos constantly impresses, friends! 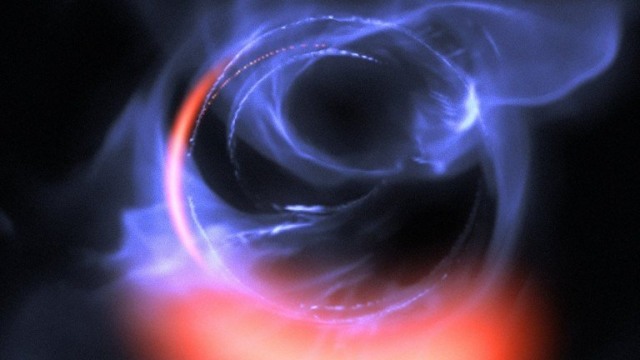 Astronomers have discovered a black hole the size of Manhattan. Or in other words, 12-miles in diameter. And in turn? They’ve discovered an entirely new class of black hole. Fucking rad.

Very Big, Very Small
Black holes can get very big — in some instances, big enough to encompass the orbits of all our solar system’s planets.

But not all are huge. Yesterday, we wrote about a new study by a team of astronomers from Ohio State University led by astronomer Todd Thompson, claiming to have discovered an entirely new and previously missing class of black holes.

The extensive investigation, using data from a high-resolution infrared spectronomy instrument, found a black hole a mere 3.3 times the mass of the Sun. That may not sound very small, but it’s vastly smaller than previously discovered specimens.

And now we have an estimate for the diameter of such a relatively tiny black hole. Today, MIT Technology Review reported that the discovered black hole is a mere 12 miles across — roughly the length of Manhattan.

“Since the black hole mass has some degree of uncertainty, these are all reasonable numbers,” he wrote in an email. “The Schwarzschild radius for a 3.3 Msun [solar mass] black hole is about 10km. So, the diameter is about 20 km. That’s about 12 miles in diameter.”

If Thompson’s calculations are correct, this new class of black holes could force us to rethink how we understand the way stars and other kinds of celestial objects are born and die.