Archives
« Streaming tonight! Special fucking night! Same fucking time! 10 pm Eastern!
‘The Last of Us 2’ details coming at Sony’s State of Play event next week. Goddamn, we been so patient! »

‘GLOW’ renewed for fourth and final season. Fuck me, I got to watch the third! 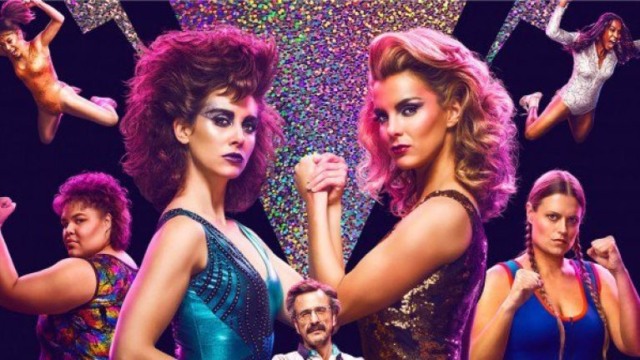 GLOW is getting a fourth and final season, friends. And while it’s always a bummer that a show is ending, I’d rather it end while it’s still getting pops. As opposed to, you know, going out on its back.

Those are wrestling puns.

GLOW is returning to the ring for one more round.

Netflix has renewed the wrestling comedy for a fourth and final season. The Emmy-winning series starring Alison Brie, Betty Gilpin and Marc Maron will return for 10 episodes. A premiere date for the new episodes, which typically release during summer, has yet to be announced.

GLOW emerged as a critically praised series right out of the gate. The Hollywood Reporter called the third season a “rare TV delicacy.” The show was also an early awards season darling and has earned 15 Emmy nominations and three wins, along with a Screen Actors Guild Award and two Art Directors Guild Award wins.

Going into the third season (which released Aug. 9), Flahive and Mensch were awaiting news on a fourth cycle. Acknowledging the streaming giant’s tendency to re-evaluate its original series after three seasons, the co-creators told THR they took the risk to end season three on a cliff-hanger because they have more story to tell.

“We have a full story to tell and whether or not we’re idiots for not giving ourselves an ending this season remains to be seen,” said Flahive with a laugh. “We’ve played it this way every season, where we’ve sort of left it all on the field. This show has a big heart and a big cast and big story to tell, and other people are not going to set that limit for us. We can’t do that, because it wouldn’t be fair to what we’re trying to do. We’d love to have the opportunity to give the show a satisfying ending.”

Flahive and Mensch have eyed a multi-season run for GLOW ever since launching the comedy in 2017. GLOW was inspired by the short-lived but beloved wrestling show from the ’80s about the Gorgeous Ladies of Wrestling and introduced a 15-woman ensemble, led by Brie and Gilpin, as actresses-turned-wrestlers. The second and third seasons, the latter of which moved the women and their show to Las Vegas, expanded Flahive and Mensch’s vision to create their own fictional wrestling world, while also spotlighting more of the ensemble. The third season ended on its most fractured note yet, and sets the series up for a return to Hollywood for the final run.

When speaking to THR about the third season, stars Brie and Gilpin said they hoped to do as many seasons as Flahive and Mensch wanted to do until the story felt complete. “They have sort of screwed themselves by making the model be that there is no model — that they have to reinvent the wheel every season,” said Gilpin of a fourth season. “So I hope they are hard at work reinventing the wheel. Because this is the greatest job ever, and I want to do it again and again.”

The final season news arrives mere months after Netflix wrapped another Kohan show, dramedy Orange Is the New Black. The awards darling ran for seven seasons and ended as the streamer’s most-watched original series, execs within Netflix said. (The streamer does not release viewership data.) The streaming giant also recently announced that comedy Grace & Frankie will end next year after seven seasons — and the most episodes ever for a Netflix original.

As for why its critically praised series have short life spans, Netflix typically weighs how much value additional seasons of existing originals vs. the appeal of new shows are to subscribers. Still, ending GLOW after a mere four seasons is a surprising move, given its status as a critical and awards darling and how valuable Kohan is to the company. Kohan was the first showrunner to land one of Netflix’s now infamous mega-deals.