Archives
« ‘Death Stranding’ Gamescom Trailers: There is Pee Gameplay and Interdimensional Breast Feeding. Kojima, like, what the fuck?
Marvel Studios and Sony partnership on ‘Spider-Man’ movies is dead. This sucks so fucking much, dudes »

‘The Matrix 4’ is happening with Keanu Reeves and Carrie-Anne Moss. Lana Wachowski is writing and directing. Like, woah. 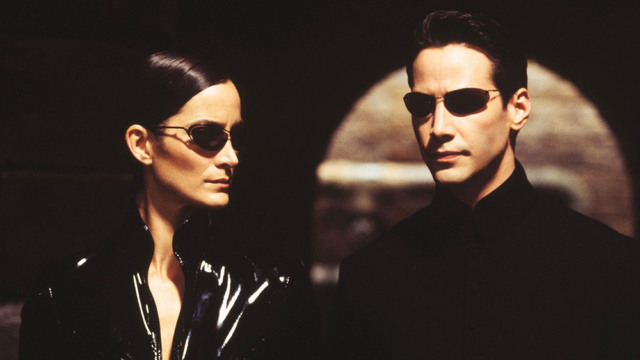 A fourth installment to the popular cyberpunk Matrix series is officially in the works, Variety reports. Keanu Reeves will reprise his role as hacker and the One, Neo, with Carrie-Anne Moss returning as Trinity. Lana Wachowski, half of the original creative team, will write and direct.

“We could not be more excited to be re-entering the Matrix with Lana,” said Toby Emmerich, chairman of Warner Bros. Picture Group, in a statement to Variety. “Lana is a true visionary — a singular and original creative filmmaker — and we are thrilled that she is writing, directing and producing this new chapter in ‘The Matrix’ universe.”

The first Matrix celebrates its 20th anniversary this year, with special screenings at select AMC Theatres locations starting Aug. 30. The trilogy, which centers around machines enslaving humans in a computer simulation, has become a staple of science fiction. The three movies — 1999’s The Matrix, and 2003’s The Matrix Reloaded and The Matrix Revolutions — were all written and directed by Lana Wachowski and Lilly Wachowski, and together grossed more than $1.6 billion at the worldwide box office.

“Many of the ideas Lilly and I explored 20 years ago about our reality are even more relevant now,” Lana Wachowski told Variety of the opportunity to revisit the world of The Matrix. “I’m very happy to have these characters back in my life and grateful for another chance to work with my brilliant friends.”

Wachowski wrote the script for the film with Aleksander Hemon and David Mitchell, according to Variety, which reports that production is set to begin in early 2020.