Archives
« ‘Disintegration’ Trailer: Meet the new FPS from the co-creator of ‘Halo’ which totally doesn’t feel aesthetically like ‘Destiny’
‘Bond 25’ is officially titled ‘No Time To Die’ which is no better or worse than any other Bond title, IMO »

Steven Soderbergh’s next movie ‘Let Them All Talk’ is heading to HBO Max. Gotta love them streaming wars, eh? 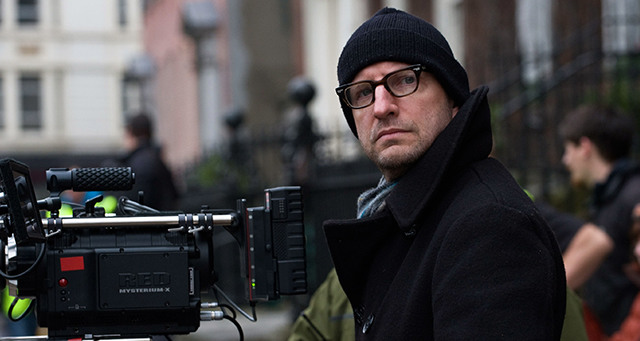 Motherfucking Steven Soderbergh! Grossly underappreciated. Or maybe not, I don’t fucking know. What do I know? I dig the dude. In fact, his quietly-released Netflix movie High Flying Bird is one of my faves of 2019. Bro said he was gonna retire, and then just sort of continued on as prolific as forever. Now, said dude is taking his talents to HBO Max. Aiight, aiight. Thanks in advance for your login, Dad.

Soderbergh is not one to shy away from experimentation or new formats, and he’s tackling both with his next film, Let Them Talk. Shot on the new RED Komodo Dragon camera, described as “the new platinum standard for digital cameras,” Let Them Talk will be the first feature film picked up by HBO Max, the upcoming streaming service from WarnerMedia. WarnerMedia has been steadily gathering talent to build its original content offerings, but this may be its biggest get yet, with a high-profile director like Soderbergh helming an A-list cast that includes Streep, Chan, Hedges, Candice Bergen, and Dianne Wiest.

Let Them All Talk tells “the story of a celebrated author (Streep) who takes a journey with some old friends (Bergen and Wiest) to have some fun and heal old wounds. Her nephew (Hedges) comes along to wrangle the ladies and finds himself involved with a young literary agent (Chan).”

Written by MacArthur Fellow and PEN / Faulkner award-winning author Deborah Eisenberg and produced by Gregory Jacobs and executive produced by Ken Meyer and Joseph Malloch, Let Them All Talk is the latest project from the fast-working Soderbergh, who earlier this year released High Flying Bird, a Netflix movie shot on iPhones, and will be debuting The Laundromat, also starring Streep at TIFF and the Venice Film Festival next month.

Production for Let Them All Talk started last week in New York and will continue onboard Queen Mary 2 and in the U.K., a move that could hit potential production snags as this will be the first official project to utilize the new camera. But seeing as Soderbergh works fast and is keen on experimenting with new technologies, there’s a chance we’ll see Let Them Talk as soon as HBO Max launches in spring 2020.

“This is the kind of project where you just say yes please sign me up,” said Sarah Aubrey, head of original content, HBO Max in a statement. “To work with Steven Soderbergh and this all-star cast led by Meryl Streep is thrilling and sets the standard for features at HBO Max.”