Blizzard warns that ‘WoW: Classic’ realm queues will be starting at 10,000. Have with that fun, friends! 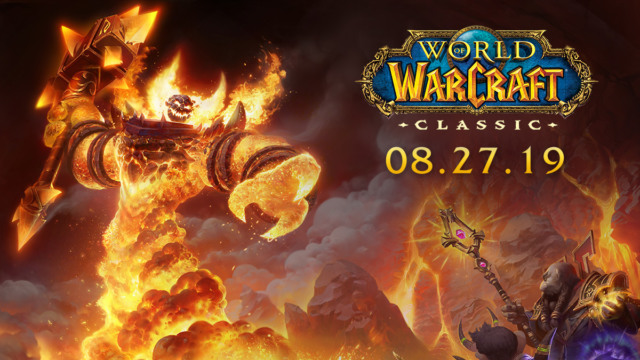 I don’t think I’m going to play WoW: Classic. I could be wrong. But, I think most people who are excited by it are chasing a nostalgia-high that won’t last long when met with the actual content. That said? I certainly won’t be trying it right away. 10,000 person queue? Holy fuck.

Blizzard is warning World of Warcraft Classic players that, if enrollment holds as it is, one of its realms would face “login queues in excess of 10,000 players … and possibly much higher than that.”

WoW Classic doesn’t launch until Aug. 27, a week from Tuesday, but last week Blizzard started opening up the game for character name reservations. Based on the activity they’ve seen, “the Herod realm is looking to be massively overpopulated,” community manager Kaivax wrote.

They’re urging players to switch realms — Stalagg has been opened up for this reason. Realms in WoW Classic can accommodate far more players than their 2006 counterparts, such that a population estimate of “Medium” in 2019 “already has more characters on it than even the most crowded realms did back in 2006,” they wrote.

Herod is the overcrowded realm for North America. In Europe, Shazzrah is the one bursting at the seams. Kaivax reposted the same message to players there, asking them to please consider moving to the Gehennas realm.

“Our top priority in planning for WoW Classic’s launch has been ensuring that we are laying the groundwork for strong realm communities that will endure over the months and years to follow,” they wrote, “which is why we’re cautiously opening new servers to meet demand.”