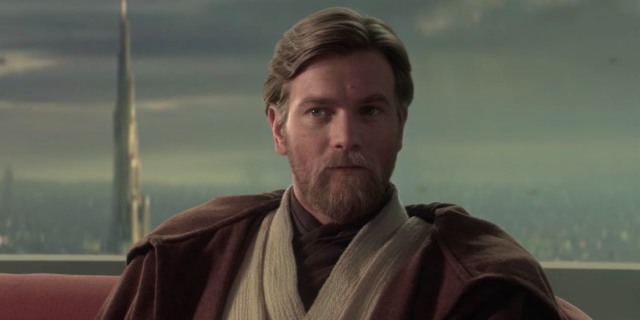 Ever since Disney bought Star Wars, one thing has been seemingly clamored for by everyone. That one thing? Some sort of return to Obi-Wan for Ewan McGregor. And, it seems like it’s finally happening. Finally! Sure.

There was a lot of buzz going around about a Kenobi anthology movie, but after the underperformance of Solo: A Star Wars Story, it seems that Disney had put all the anthology films on hold. What’s interesting is, rumor has it that Ewan McGregor has signed up to come back as Obi-Wan Kenobi—but what for?

According to Cinelinx, McGregor has “put pen to paper and inked a contract to return as the iconic Jedi master.” The news was said to have been confirmed by two separate sources, and it kind of backs the rumor that the Kenobi film was being retooled as a series for Disney+.

We don’t have any official announcements on this Kenobi series yet, but hopefully, we get something at the D23 Expo. We’re expecting Disney to give everyone a first look at The Mandalorian, but there is also the Cassian Andor series to think about. Fingers crossed we get a teaser for Kenobi, and hopefully Solo 2 as well.

While I’m happy to have McGregor come back, I’m kind of bummed out that it won’t be a movie complete with a theatrical release. I just always thought that Star Wars was more about spectacle, and that won’t really fly when it comes to a TV series. Then again, we’ll just have to wait and see how Mandalorian turns out before we worry about what to expect with the other Disney+ Star Wars shows.

The Mandalorian launches alongside Disney+ on Nov. 12.