Archives
« ‘Streets of Rage 4′ is bringing back the series’ original composers. The nostalgia is throbbing, dudes!
‘The Witcher’ Trailer: Look at Netflix’s dull, flavorless adaptation »

Laurie Strode and Michael Meyers are returning for ‘Halloween Kills’ and ‘Halloween Ends’ to “conclude” the franchise. LOL, k! 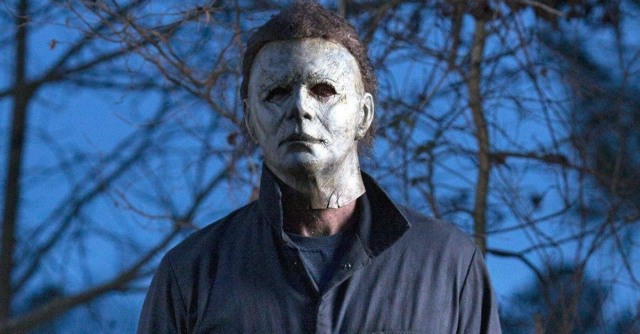 Two more Halloween movies have been announced, friends. Halloween Kills and Halloween Ends. And if you believe the news, these movies will conclude the franchise. Like, give me a fucking break.

The 2018 Halloween turned out to be a treat rather than a trick, bringing back Laurie Strode (Jamie Lee Curtis) and the terrifying Michael Myers in a wonderfully rowdy return to the iconic franchise, and delivering what seemed like an end to the masked serial killer.

Good news for us, but bad news for Laurie: The story isn’t over yet.

In a fiery new teaser, Universal Pictures announced two more Halloween films — with Curtis as well as John Carpenter, David Gordon Green, and Danny McBride back on board. The final entries in the saga of Michael Myers and Laurie Strode are titled Halloween Kills and Halloween Ends, which are due on Oct. 16, 2020, and Oct. 15, 2021, respectively.

There’s no word yet on whether we’ll be seeing the rest of Laurie’s family return (notably Judy Greer as Laurie’s daughter, Karen Nelson), though it’s hard to imagine that the whole gang won’t be back for the spooky season.