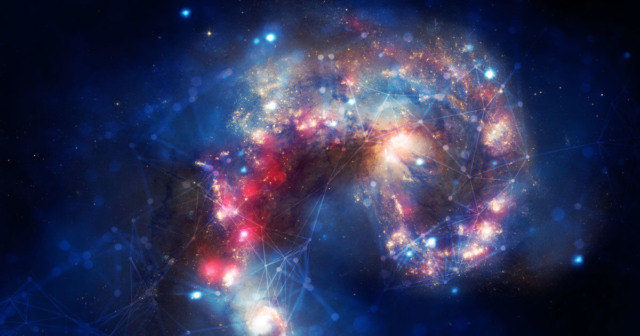 If I’m being honest, I’m ready for our AI overloads. We’re cooking the planet and wasting one another. Let it put us into comfortable cages (we’re already there!) and maybe solve climate change. Or, you know. The origins of the universe.

In the early 00s, the movie The Matrix popularised the idea that we could be living inside a simulation. If the likes of Neil deGrasse Tyson, Stephen Hawking, and Elon Musk are to be believed, the idea may even go beyond fiction.

Lending credence to those who fear we will one day lose control of AI, this week an artificial intelligence has created a universe simulation that is going beyond the comprehension of its own human creators.

“We can run these simulations in a few milliseconds, while other ‘fast’ simulations take a couple of minutes,” study co-author Shirley Ho, a group leader at the Flatiron Institute’s Center for Computational Astrophysics in New York City.

“Not only that, but we’re much more accurate.”

And yet, this wasn’t the most surprising finding.

The real surprise is that D3M very accurately simulates how the universe would look if certain parameters are slightly changed.

For example, if the representation for more dark matter is added into the algorithm, D3M would have no problem calculating the ways this would impact the universe. This, despite the fact that the model has never been trained on data where those parameters varied.

“It’s like teaching image recognition software with lots of pictures of cats and dogs, but then it’s able to recognize elephants,” Ho explained.

“Nobody knows how it does this, and it’s a great mystery to be solved.”

Simulated gravity, simulated intelligence
AI models like D3M are common in the field of theoretical astrophysics. They allow researchers to map how gravitational forces are affected by different factors in the universe.

D3M was powered by having it process 8,000 different simulations from one of the highest-accuracy models available. It stands out from other models due to its striking flexibility.

As Ho says, D3M “can be an interesting playground for a machine learner to use to see why this model extrapolates so well, why it extrapolates to elephants instead of just recognizing cats and dogs. It’s a two-way street between science and deep learning.”

Ho and her team published their findings in the Proceedings of the National Academy of Sciences.