Archives
« ‘Black Mirror’ Season 5 Trailer: Hey, did you know that technology can be problematic?
Taika Waititi’s next movie ‘Jojo Rabbit’ is dropping October 18 and I can’t fucking wait »

‘Rick and Morty’ Season 4 is dropping this November! No, seriously! 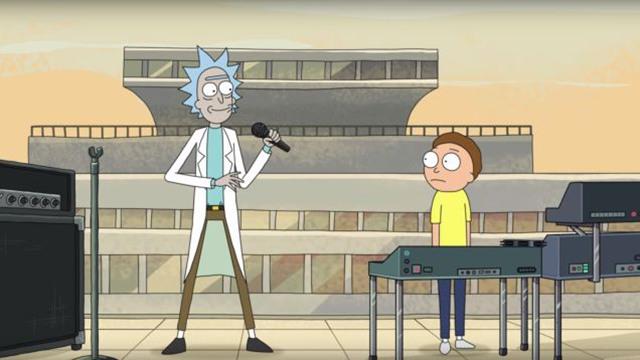 The hit Adult Swim series is set to return for its fourth season in November 2019, it was announced Wednesday at the WarnerMedia upfront presentation in New York.

Season 4 will premiere just over two years after the finale of Season 3 in October 2017, the longest gap yet between seasons of the show. Over a year elapsed between the Season 1 finale in April 2014 and the Season 2 premiere in July 2015, while there was nearly a two year break between the end of Season 2 in October 2015 and the first episode of Season 3 on April Fools Day 2017. Season 3 then resumed in July of that year.

It was announced last May that Adult Swim had given “Rick and Morty” a massive 70-episode order, which will bring the series to 101 episodes. The order is part of a new long-term deal the network has signed with series creators Justin Roiland and Dan Harmon.

The series has proven to be a ratings goldmine for Adult Swim, with the Season 3 finale scoring a 3.9 rating in adults 18-24 and a 3.2 in adults 18-34 in Nielsen’s Live+Same Day numbers, the highest ratings in network history.

The series follows a sociopathic genius scientist who drags his inherently timid grandson on insanely dangerous adventures across the multi-verse. Roiland voices both Rick and Morty. The series also features the voices of Chris Parnell, Spencer Grammer, and Sarah Chalke.