Archives
« Guillermo del Toro and Cornelia Funke are writing a PAN’S LABRYRINTH NOVEL! File under: things I didn’t expect, but could be pretty cool.
No stream tonight, comrades! Watching wrasslin! Back next week! »

Marvel’s ‘Eternals’ has added Kumail Nanjiani. This cast is beginning to look interesting, no? 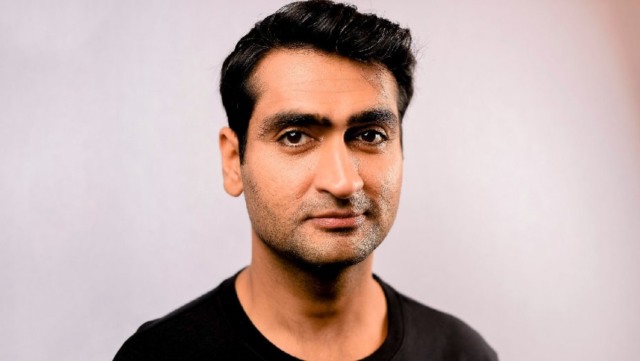 First Angelina Jolie, and now Kumail Nanjiani? Marvel’s Eternals flick is shaping up to be an interesting cast. I mean, who knows how good the fucking movie will be, right? But between the wild ass source material and the emerging cast, I’m excited.

Kumail Nanjiani is continuing a stellar year with an interstellar trip to the Marvel Cinematic Universe. The Big Sick actor and Oscar nominee is reportedly in talks to star in Marvel’s ambitious cosmic film The Eternals, joining Angelina Jolie, who has already been cast as Sersi. With this news, Nanjiani adds one more exciting title to his hot streak of projects, having recently come off an eye-opening performance in CBS All Access’ The Twilight Zone. And it looks like there’s more to look forward to from Nanjiani.

The Hollywood Reporter broke the news that Nanjiani is in negotiations to star alongside Angelina Jolie in The Eternals directed by The Rider filmmaker Chloe Zhao. Based on characters created by the legendary Jack Kirby, the film is about “super-powered and near-immortal beings known as Eternals and a more monstrous off-shoot known as the Deviants that were created by the cosmic beings called Celestials.”

No details were reported on the character that Nanjiani would be playing, but at first glance it seemed like he would be up for the role of Makkari, a speedster with a talent for designing and building high-speed vehicles. The character is in line with Nanjiani’s past lighthearted comedic roles, however, he has been proving to be a talented dramatic actor lately. Nanjiani showed off his chops in The Big Sick and in the pilot episode of the new The Twilight Zone, in which he delivered a particularly haunting and vicious performance. Marvel has made a habit of casting traditionally comedic actors in lead roles to give the characters levity, and it’s worked like gangbusters for them (see: Chris Pratt in Guardians of the Galaxy). If Marvel is casting Nanjiani in this way, against type, perhaps we’ll see him as Gilgamesh, AKA The Forgotten One, an outcast of the Eternals who was exiled for meddling in the human world. With THR dropping a pun about the “sands of time” in their report, perhaps Gilgamesh is the role after all.