Archives
« Amazon’s ‘The Dark Tower’ series has cast its Gunslinger and Man In Black. I don’t know them, but I’m hopeful!
‘A Quiet Place 2’ adds Cillian Murphy to its cast. Welcome to the wildly overrated franchise, friend! » 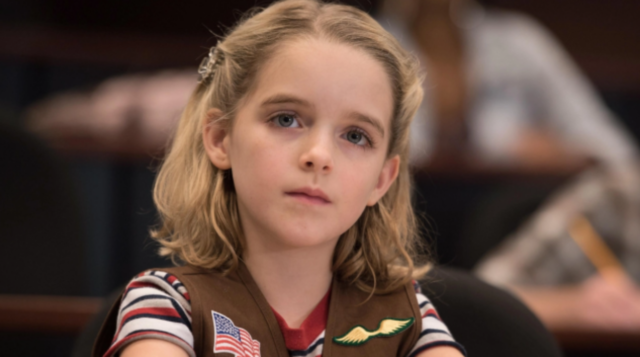 I’m stoked for the new Ghostbusters, friends! And, I’m completely cool with the news that it has cast Mckenna Grace in a lead role. Granted, I don’t really remember her performance in Captain Marvel. But, that’s better than remembering she wasn’t up to par. I mean, right?

Jason Reitman has hired “Captain Marvel” actress Mckenna Grace for his new “Ghostbusters” movie, which centers on a family headed by a single mother.

The news came after Variety reported this month that Carrie Coon is in talks to play the mom and Finn Wolfhard is in negotiations to play her son. Reitman has co-written the screenplay with Gil Kenan and will direct. The untitled film will be produced by his father, Ivan Reitman, who directed and produced the original 1984 film. Plot details are currently under wraps for the new film, which will go into production this summer.

This installment will not be connected to the 2016 “Ghostbusters” movie, starring Melissa McCarthy. Sony released a first look at the project in January with footage of the Ecto-1 vehicle from the original movie and set a July 10, 2020, release date.

Grace stars as a young Carol Danvers in “Captain Marvel” and also appeared in Netflix’s horror series “The Haunting of Hill House.” She is repped by Paradigm, Management 360, and Hansen Jacobson.