Archives
« Some humans can “sense” Earth’s magnetic field according to research. Yeah, his name is Magneto, bro!
Google reveals its game-streaming service ‘Stadia’ and it sounds pretty fucking awesome » 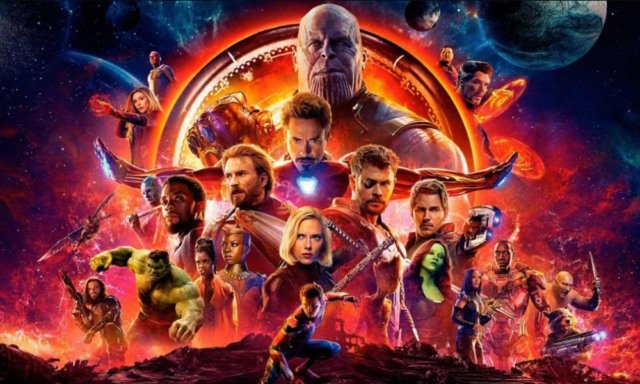 Kevin Feige dropped some knowledge on us, ya’ll. The first three phases of the MCU, culminating with Avengers: Endgame,is called The Infinity Saga. As well, it makes me excited for whatever grandiose saga awaits us after the Infinity Saga wraps-up. Secret Invasion, right?

Geeks love having specific names and labels for the various corners of the universes they love. So Marvel Studios seemed to directly touch our hearts (because they’re nothing if not crafty) when they revealed that each grouping of films set in the Marvel Cinematic Universe belong to a “phase.” And with Phase 3 coming to an end next month with Avengers: Endgame, Marvel Studios president Kevin Feige has offered up another name over which we can totally obsess: The Infinity Saga, which seems to be the newly-official name for the first 22 films in the MCU.

Speaking with Empire Magazine, Feige dropped the phrase “The Infinity Saga” to refer to the first 22 films, or three phases, of the Marvel Cinematic universe (and big thanks to /Film reader Eddie Woodley for sending us a picture of the page to confirm this detail). This makes sense for a number of reasons – all of those films are loosely connected by the Infinity Stones and they all culminate in the heroes’ battle over said stones with the evil Thanos.

Feige elaborated on why the upcoming Avengers: Endgame is the proper place to close the door on this first “saga”:

“We wanted to bring to a conclusion a series of movies in a way that had never been done before. Harry Potter had an ending because there were only so many books. Lord of the Rings too. But we thought, 22 movies in, wouldn’t it be fun to bring some finality to the storyline.”

So here’s the big question: does this mean three phases now equal a saga? Will the next decade of Marvel movies, the next 20-plus adventures, also be interconnected and simultaneously climax, forming a new named saga? If not, this is all very enjoyable noise! But if Feige and Co. really are thinking that far ahead, us nerd-types who enjoy endlessly classifying the things we love are going to have a field day with Phases 4 through 6.