AVENGERS: ENDGAME is currently THREE-HOURS LONG. This ain’t enough. GIVE ME SIX. 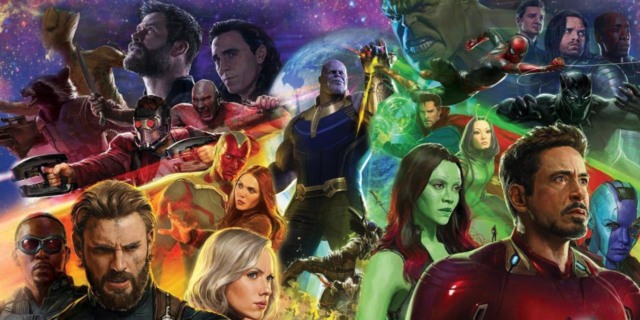 You nerds can love your bloated Return of the King. Me? I’m ready to love an insanely long coda to the first ten years of Marvel Studios movies. Three fucking hours? Give me six.

Like each passing year under the current administration, Marvel movies just keep getting longer and longer. And if you thought Avengers: Infinity War was lengthy, it looks like Endgame is going to make restless audiences nostalgic for Thanos’ two and a half hours of terror. Speaking with Collider, directors Joe and Anthony Russo revealed that Endgame’s three-hour runtime hasn’t budged since last November–and, based on test screening reactions, it’ll probably stay there.

I think the studio is down with what the best story is. Right now, we think the movie is playing well and we’ve had great responses from our test audiences and we’re feeling very good about where it is. We’re still doing work to it. We’re not done with it. Again, this is a culmination film of 22 movies, it’s a lot of storytelling to work into it. Emotion is an intrinsic part of that to us. When you have to tell a really complicated story and you want strong emotional moments with the characters, it just requires a certain amount of real estate. This one, in particular, feels like three hours worth of real estate.

As noted above, Endgame is set to wrap up a story that began 22 movies ago—give or take a Hulk or two. It’s not particularly surprising, then, that a massive crossover event would have a runtime worthy of its scope. Still, three hours is no minor commitment, and, if you’re worried about the potential damage to your bladder, at least one of the Russos thinks you’ll be okay. “We have screened the movie four times for audiences now,” said Anthony. “For the first three screenings, not a single person got up to go to the bathroom.” In addition to sounding both insane and false, that declaration now has us wondering what Anthony’s not telling us about the fourth screening.