‘Upgrade’ director Leigh Whannell is helming ‘The Invisible Man’ remake. All of a sudden, I give a shit! 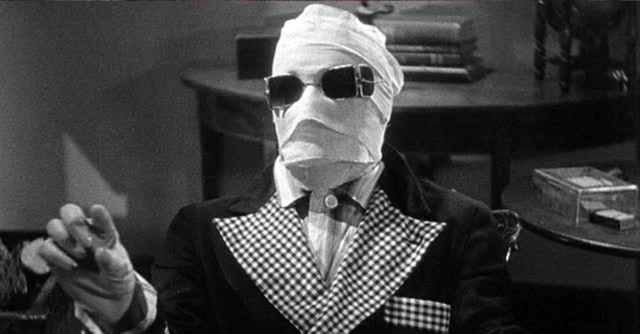 The director of Upgrade is in charge of the Invisible Man remake, my dudes. And just like that, I’m fucking interested in the entire enterprise.

The Dark Universe is rising from the grave! Sort of! Almost two years after Tom Cruise’s The Mummy both launched and killed Universal’s monster cinematic universe in one fell swoop, Blumhouse is set to take over with a new version of The Invisible Man. Leigh Whannell, who helmed the kick-ass horror action flick Upgrade, will direct. At one point, Johnny Depp was attached to star – but that’s no longer the case. This is going to be a fresh start.

Variety broke the news about The Invisible Man remake. Jason Blum will produce and Leigh Whannell, who wrote scripts for Saw, Dead Silence and Insidious, and made his directorial debut with Insidious: Chapter 3 before making Upgrade, will helm. This is said to be a back-to-the-drawing-board approach to Universal’s monster properties. The studio had hoped to emulate Marvel with the Dark Universe, a series of connected films featuring their classic monster characters adapted for a new era. As everyone knows by now, it didn’t work out. The Mummy, the first and last film in the series, underperformed and was met with monstrous reviews. The Bride of Frankenstein, the next film in the series, was soon shelved. Now, Universal will give it another go. Per the Variety story:

Universal has tabled the idea of an interconnected universe and is reassessing how to keep the enduring characters relevant for a new generation. Sources tell Variety that Universal remains committed to creating compelling filmmaker-driven projects based on characters from the studio’s vast monsters legacy.