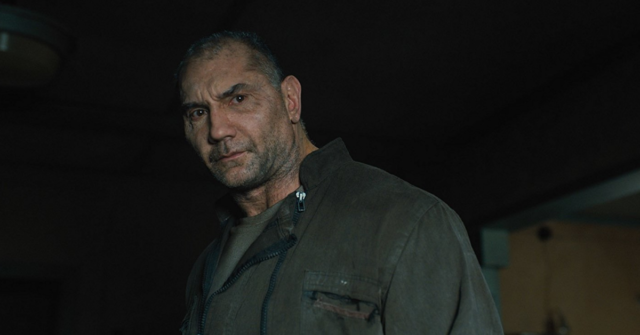 Denis Villeneuve got a hell of a performance out of Dave Bautista in Blade Runner 2049. So, it stands to reason that the director would want to work with the motherfucker again. And, he’s going to!

Denis Villeneuve is directing and is co-writing script with Eric Roth and Jon Spaihts. Rebecca Ferguson is also on board.

Legendary closed a deal with the Frank Herbert estate in 2016 for his famous novel, granting the studio rights to both film and TV properties.

The projects will be produced by Villeneuve, Mary Parent, and Cale Boyter, with Brian Herbert, Byron Merritt, Thomas Tull, and Kim Herbert serving as executive producers. Kevin J. Anderson will serve as a creative consultant.

Set in the distant future, “Dune” follows Paul Atreides, whose family assumes control of the desert planet Arrakis. As the only producer of a highly valuable resource, jurisdiction over Arrakis is contested among competing noble families. After Paul and his family are betrayed, the story explores themes of politics, religion, and man’s relationship with nature, as Paul leads a rebellion to restore his family’s reign.

This marks a reunion for Bautista and Villeneuve, who had previously worked together on “Blade Runner 2049.”

Bautista has a busy 2019 ahead of him with a handful of films that include the Fox comedy “Stuber,” the STX action comedy “My Spy,” and “Avengers: End Game,” where he will be reprising his role of Drax.

He was most recently seen opposite Sylvester Stallone in “Escape Room 2: Hades” and “Avengers: Infinity War,” as well as the “Guardians of the Galaxy” movies. He is repped by CAA.