Archives
« Sony planning animated ‘Spider-Verse’ spin-offs with ‘Voltron’ showrunners in charge. This is so damn good!
Rocksteady Studios’ rumored ‘Superman’ game gets new leak ahead of Game Awards next week »

‘Cowboy Bebop’ live-action series coming to Netflix with the original creator onboard. Uh, how am I supposed to feel? 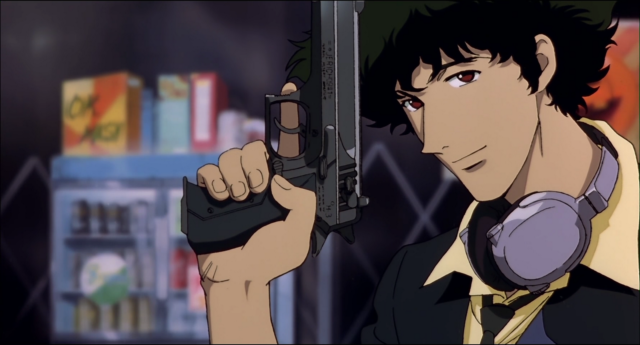 Best case scenario: The Cowboy Bebop live-action Netflix series fucking rules. It’s got a chance, given that the writer of Thor: Ragnarok and the show’s original creator are involved. Worst case scenario: it fucking sucks, and we all forget about it. Seems win-win to me.

In their never-ending quest to smother us all in original series, Netflix has given a 10-episode order to a Cowboy Bebop live-action series, adapted from the much-loved Japanese anime series. The first episode will be written by Thor: The Dark World and Thor: Ragnarok writer Christopher Yost, with Shinichiro Watanabe, director of the original anime, on board as a consultant.

Netflix wants it all, folks. Their original programming strives to appeal to all different kinds of viewers – action fans, comedy fans, fans of Joel Edgerton wearing Orc make-up. You name it, they’ve got it. Their latest is a live-action Cowboy Bebop series, based on the very popular anime series. The show is described as “the jazz-inspired, genre-bending story of Spike Spiegel, Jet Black, Faye Valentine and Radical Ed: a rag-tag crew of bounty hunters on the run from their pasts as they hunt down the solar system’s most dangerous criminals. They’ll even save the world…for the right price.”