Archives
« Richard Linklater is working on a movie about legendary comedian Bill Hicks, and I’m fucking thrilled
No stream tonight! Doing superkicks to fools at a Halloween party! Back next week! » 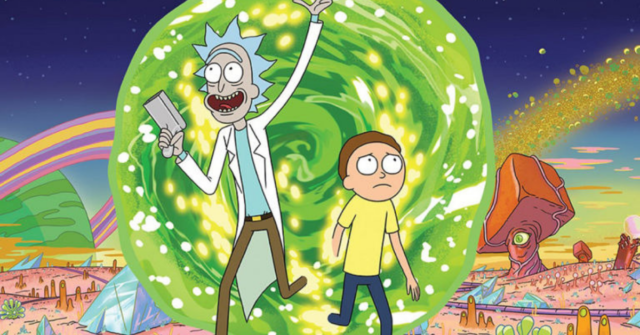 Star Trek is a hip franchise, dudes! Totally, totally hip! How hip, you want to ask? Why, it’s got the head writer of Rick and Morty working on an animated series! Snark aside, this is actually really cool.

CBS’s all-encompassing expansion of the Star Trek universe just got a weird new addition: an adult animated comedy from one of the minds behind Rick and Morty.

Deadline reports that CBS has commissioned a two-season order for Star Trek: Lower Decks, a half-hour animated sitcom that follows the supporting crew working on “one of Starfleet’s least important ships.”

Named for the Next Generation episode that focused on the lower-ranked officers aboard the Enterprise, Lower Decks will be developed by Rick and Morty head writer/executive producer Mike McMahan and produced by Alex Kurtzman’s Secret Hideout as part of his expansive Trek deal with CBS, the series will be the first animated show exclusive to CBS All Access (but of course, not the first Star Trek animated series!). Here’s a quote about the order from Kurtzman himself:

Mike won our hearts with his first sentence: ‘I want to do a show about the people who put the yellow cartridge in the food replicator so a banana can come out the other end.’ His cat’s name is Riker. His son’s name is Sagan. The man is committed,” Kurtzman said. “He’s brilliantly funny and knows every inch of every Trek episode, and that’s his secret sauce: he writes with the pure, joyful heart of a true fan. As we broaden the world of ‘Trek’ to fans of all ages, we’re so excited to include Mike’s extraordinary voice.

Lower Decks joins Discovery and the still-untitled Picard series as part of CBS All Access’ plans for an unprecedented amount of Trek TV. We’ll bring you more on those plans, and Lower Decks itself, as we learn it.