Archives
« Guillermo Del Toro is making an animated ‘Pinocchio’ movie for Netflix, who has everyone making everything
OmegaPlays: The Messenger Part 1 – Bags Hit Puberty At The Age Of 4 » 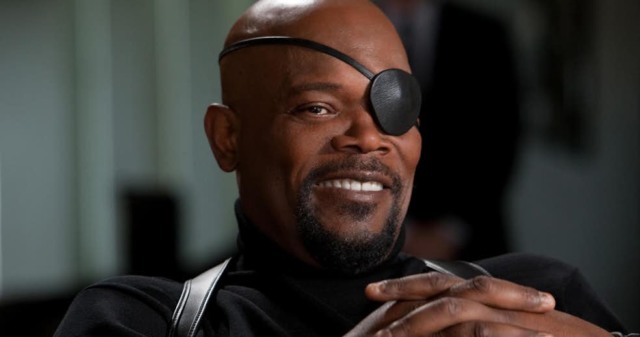 Man, I think I’m just going to have to accept that I’m signing up for Disney’s streaming service. Between the director list for Favreau’s Star Wars show, the possibility of a Loki TV series, and now this? Fuck.

Not too long ago, we learned that Marvel Studios was developing Loki and Scarlet Witch TV shows for Disney’s streaming service. The big budget shows will run for an expected eight episodes, focusing on characters that are unlikely to get their own movies.

Now, MCU Cosmic has shared a rumour – and they’re quick to point out that is only a rumour – about who else may be getting the spotlight.

Apparently, they’ve heard that at least two more shows are in development and while they don’t know who will be the focus of one of them, it’s said that the other will revolve around Nick Fury.

Does that mean Samuel L. Jackson will star? We don’t know, but a series focusing on Fury, Maria Hill, and even Agent Coulson would be a great deal of fun. Alternatively, a younger actor could be cast to delve into his past but seeing as Captain Marvel will deal with that, it’s hard to say what a show like this could end up achieving. Either way, this definitely leaves us with plenty to think about.

What do you guys