Archives
« ‘Mr. Robot’ officially ending with its fourth season, and I’m happy with the decision
Chris Hemsworth starring in an action thriller written by the Russo Brothers. Sign me the fuck up! »

‘Mindhunter’ and ‘Once Upon A Time In Hollywood’ both cast Damon Herriman as Charles Manson. He rocks, but what the fuck? 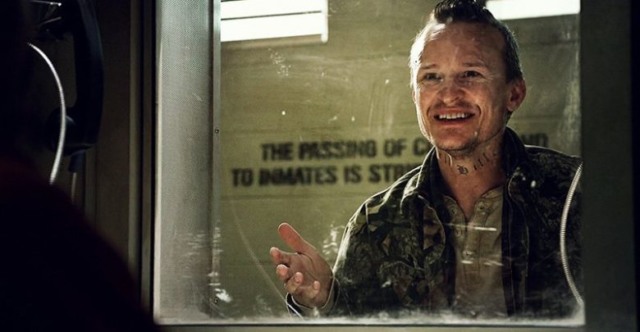 A bit of an oddity unfurling here. Both David Fincher and Quentin Tarantino have cast Damon Herriman as Charles Manson. Like, I know and love Damon Herriman from his work on Justified. But, one of these projects has to blink. Right?

Quentin Tarantino’s upcoming film Once Upon a Time in Hollywood takes place during Charles Manson’s reign of terror in Los Angeles. Season two of David Fincher’s Mindhunter will also reportedly focus on the notorious cult leader. Casting news for Tarantino’s project has been abuzz since the project was announced. Rumors of which serial killers season two of Mindhunter have also been in the air.

Apparently there was only one modern actor that could fit both visions of Manson: Australian actor Damon Herriman.

Herriman is a relatively new face to American audiences, but has a pretty wide range of Australian roles. Something about him must have screamed Charles Manson, because he’s been cast as the cult leader by both directors in these two totally separate projects.

Playing malevolent characters is nothing new for Herriman, whose previous American appearances include a good slate of criminals: creepy truck driver Lester Sinclair in House of Wax, the Lindbergh kidnapper in J. Edgar and a gang member in The Lone Ranger. He’s best known for his role in FX’s Justified, where he plays the henchman of a crime lord’s son.

News that Tarantino cast Herriman as Manson only broke on Wednesday of this week. Now sources tell Collider that Fincher is homing in on the same hire, though he was set on Herriman “much earlier” and that his scenes were shot in July.