Archives
« ‘Doom Eternal’ gameplay reveal dropping this Friday. Rip and fucking Tear!
Nick Fury and Maria Hill are both in ‘Spider-Man: Far From Home’ and are apparently not reduced to ash forever » 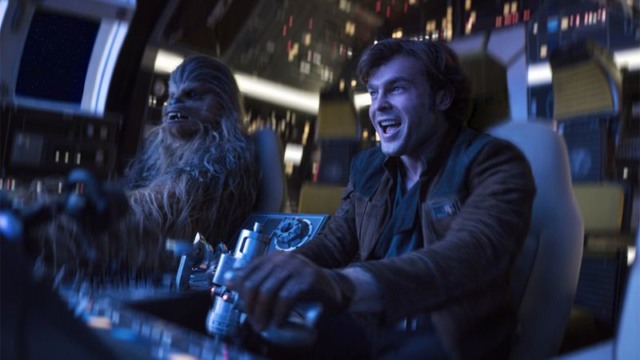 Jesus Christ, my fellow fuckers. Disney is going hard with their Star Wars TV series, and perhaps understandably so. How do you get people to sign-up for yet another streaming service? Throw infinity dollars at a flagship Star Wars series.

Every network and streaming service wants its “own” Game of Thrones, which is sort of like saying everyone who buys a lottery ticket wants to hit the jackpot. Who wouldn’t want to have the most popular show on the planet? But, just like picking the winning Powerball numbers, that’s easier said than done. However if you were going to bet on any upcoming franchise to draw that kind of audience you’d go with one that already has a worldwide following, like Jon Favreau‘s live-action Star Wars TV series, which Disney is wagering a Westerosi-like budget will be a huge hit for their streaming service.

Ricky Strauss, the content and marketing president for Disney’s video-on-demand service launching in 2019, gave some of the first details about what their Netflix competitor will look like to The New York Times, including that Favreau’s series, which he exclusively told us will be set three years after Return of the Jedi, will have a ten-episode run with a budget of $100 million. That’s a massive commitment for a new show; that was HBO’s budget for season six of Game of Thrones, which at that time was already a global phenomenon.