Archives
« ‘Incredibles 2’ Trailer: It’s Time To Make Some Wrong Things Right!
James McAvoy and Bill Hader in talks for ‘It: Chapter 2’ for whatever that’s worth »

‘Broad City’ has been renewed for a fifth and final season, which I get, but I also fucking hate 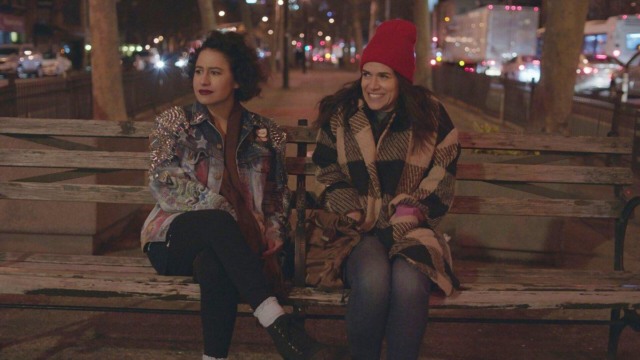 Man. The classic Comedy Central shows that I love have been slowly dying off. Which, I suppose, is life as a media consumer. Or, life in general. Workaholics, Review, Nathan For You, Kroll Show, and next, Broad City. I get it, though. You don’t want to overstay your welcome, but the absence will be felt.

First the good news: Comedy Central has finally picked up Broad City for a fifth season. The bad news is that it’s also going to be the final season of the beloved feminist stoner comedy. Even worse, the upcoming season won’t premiere until sometime TBD in 2019, so there will also be a wait for it. Being that the fourth season wrapped in late 2017, there had better be some blunt-smoking CGI dragons involved, is all I’m gonna say.

Drawing the series to a close isn’t entirely surprising, when you look at it face value. Both stars Ilana Glazer and Abbi Jacobson have begun to find broader success — Glazer in last year’s big-screen ensemble comedy Rough Night, and Jacobson in the newly released critically acclaimed indie darling 6 Balloons with Dave Franco.

Comedy Central president Kent Alterman remarked of the news that Glazer and Jacobson have evolved as producers and forces of nature. “They’ve got great ideas for how they want to wind down the series,” he teased. “And we’re excited to be doing more with them.”