Archives
« Views From The Space-Ship: The Oasis From The Stasis
‘In the Valley of the Gods’ Trailer: ‘Firewatch’ devs go to Egypt for their next adventure »

Quentin Tarantino ‘Star Trek’ movie will be R-Rated, penned by ‘The Revenant’ writer. This is wonderful madness. 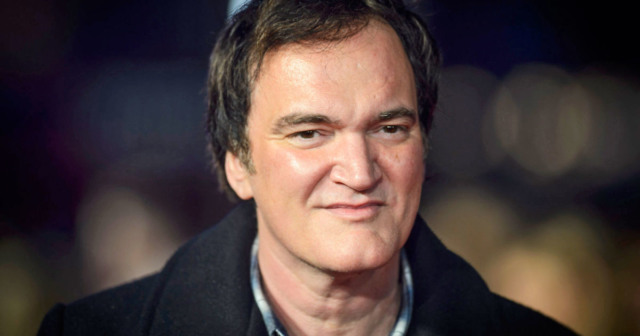 I love all of this so much. Quentin Tarantino’s Star Trek movie is going to be Rated R, and penned by the dude who wrote The Revenant. It’s so fucking weird that I can’t help but get excited.

Earlier this week, news broke that Pulp Fiction filmmaker Quentin Tarantino would be joining the Star Trek franchise via an idea he pitched to J.J. Abrams. The news sounded almost too strange to be true, and that perhaps any moment we’d learn a mistake had been made. But now even more details about Tarantino’s Star Trek have arrived, including the revelation that the film will be R-Rated, per Tarantino’s stipulations. In addition to this news, The Revenant writer Mark L. Smith has emerged as the frontrunner to pen the script. Folks, this continues to seem very, very weird.

Despite our disbelief, a Quentin Tarantino Star Trek movie is really happening. After news broke Monday that Tarantino had pitched a concept for a new Star Trek film to Star Trek reboot director J.J. Abrams, and that Abrams and Paramount were planning to assemble a writers room to hash-out Tarantino’s idea, more Tarantino Trek news has arrived. Deadlinereports that Tarantino’s Star Trek film will be the first R-rated movie in Trek history. According to the Deadline story, this was a major stipulation for Tarantino: the only way they’d get to use his idea is if the inevitable film is rated R.

Tarantino met in a writers room with  Mark L. Smith (The Revenant), Lindsey Beer (Godzilla vs. Kong), and Drew Pearce (Iron Man 3) to kick around ideas for the script, and that Smith has emerged as the frontrunner to write it. Of all the strange details about this film, this, to me, is the strangest: Tarantino has always written his own screenplays, and it’s weird that he’d want someone else to write the script for his Star Trek film.

Deadline says Paramount is moving quickly to get Tarantino’s Star Trek film off the ground, and that the script will be written as Tarantino shoots his next film, which centers around the summer of 1969 and involves the Manson Family murders in some capacity. If all goes according to plan, Tarantino will follow-up his Manson movie with Star Trek, which could be his 10th and final film before retiring (if indeed he’s still planning to retire after his tenth movie, as he has said in the past).