‘Mindhunter’ is officially renewed for a second season. We can have nice murderous things alert! 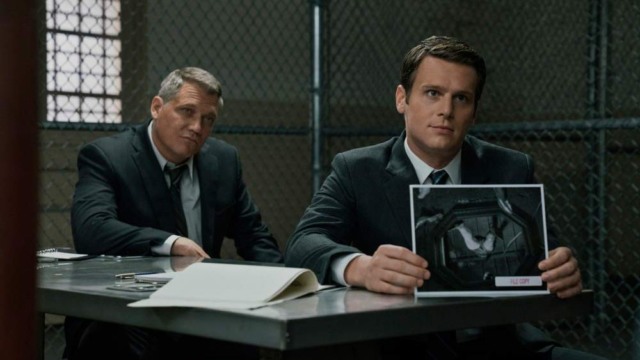 Mindhunter fucking owns. A quiet, disturbing, gorgeously shot meditation on the human psyche, and uh, serial killers, I’ve been obsessed with it since Netflix dropped it. I knew that the company had commissioned a second season way back. However, them motherfuckers have officially gone ahead and renewed it. Like, whatever the fuck the difference the difference is there.

Netflix has at last officially confirmed that Mindhunter will return for a second season. We had suspected this was the case after hearing Netflix commission season two before season one even aired, but this marks the streaming behemoth’s first firm word on the matter.

In (bizarrely) an interview with Billboard about the music within the series, executive producer David Fincher dropped a big spoiler for what the series will cover next.

Next year we’re looking at the Atlanta child murders, so we’ll have a lot more African-American music which will be nice. The music will evolve. It’s intended to support what’s happening with the show and for the show to evolve radically between seasons.

The Atlanta child murders were a series of killings of African-Americans, mostly kids between the ages of 7 and 14, over the course of 1979 to 1981. Of the at least 28 murders, many are attributed to then-23-year-old Atlanta native Wayne Williams.

Mindhunter stars Jonathan Groff, Holt McCallany, Anna Torv, Hannah Gross and Cameron Britton as the ever-terrifying serial killer Ed Kemper. And speaking of Britton, it looks like the breakout actor’s next project will also involve the world of crime. Variety has revealed that he’s signed onto The Girl in the Spider’s Web, another adaptation of one of Stieg Larsson’s Millennium Trilogy novels, this one with an all-new cast and with Don’t Breathe‘s Fede Alvarez stepping in as director.

Season one of Mindhunter is streaming on Netflix now.