Archives
« Ben Mendelsohn in talks for ‘Captain Marvel’ villain role. Give him every villain role, tbh
‘Avengers 4’ set photo (once again) confirms Hawkeye is Ronin in the movie » 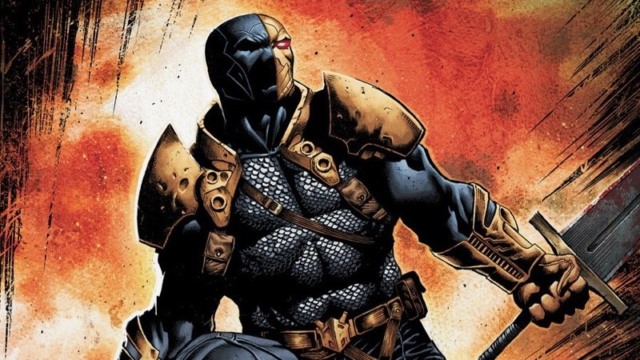 Man. The director of The Raid is going to be making a fucking Deathstroke movie? I’m, I’m in. A batch of the old glorious Gareth Evans ultrav iolence splashed across an ultra violent character? Sign me up. Superhero movies and shows have been ripping off his style since the original Raid dropped, so it’s about time he just entered the genre himself. Showed everyone how it’s done.

The Wrap has the scoop, reporting that Evans is currently in talks to write and direct the film. Joe Manganiello, who was cast as the DC Universe anti-hero when he was once going to be the main antagonist of the upcoming Batman solo movie, remains attached to play the one-eyed mercenary. You may remember Ben Affleck tweeting what looked like test footage of Deathstroke in action some time ago, back when he was still set to helm the next Batman movie.