‘The Matrix’ Reboot News: Uh, it’s not a reboot. Or a continuation, says writer Zak Penn 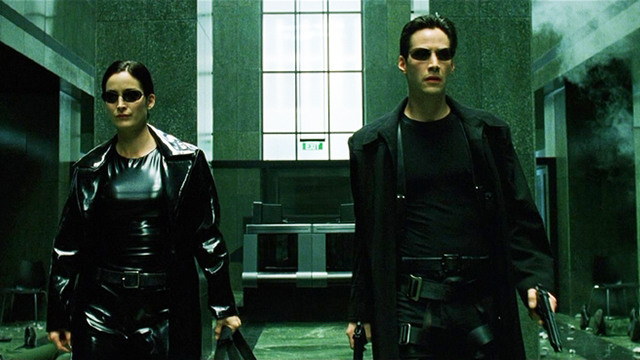 Completely forgot that The Matrix franchise is getting some new cinematic-blood, courtesy of writer Zak Penn. Well, what exactly is the movie going to be about, WriterGuy? Apparently dude can’t say much — understandably — other than it’s not going to be a reboot or a continuation.

In March, word broke that a potential reboot of The Matrix, the influential 1999 sci-fi hit that reshaped the action movie landscape and made billowy coats cool again, was in the works at Warner Brothers. X-Men: The Last Stand and Ready Player One screenwriter Zak Penn was mentioned as being attached to the film, and Penn later tried to set the record straight by saying the film was not really a reboot. Now Penn has offered a new update. Get the details on the new Matrix movie below.

Not long after the Matrix reboot rumor began to take shape, screenwriter Zak Penn attempted to reassure fans who were instantly skeptical of the project, especially since Matrix creators Lilly and Lana Wachowski were not involved with the new film at all. Why reboot something that was already so well loved (I’m talking about the first movie here; let’s just pretend those two sequels don’t exist)? It’s a thought echoed by the film’s star. Speaking recently at NYCC, Keanu Reeves said, “Remaking The Matrix. I don’t know. Maybe it’s…I don’t know anything about it.” Zak Penn had this to say::

“Can’t comment yet except to say that the words ‘reboot’ and ‘remake’ were from an article. Let’s stop responding to inaccurate news. All I can say at this point is no one could or should REBOOT the Matrix. People who know Animatrix and the comics understand. Do I want to see more stories set in the universe of The Matrix? Yes. Because it’s a brilliant idea that generates great stories. Look at what people are doing with Xmen universe. Between Logan and Legion and Deadpool, does anyone want them to stop? Not me.”

Now Penn has offered a new, albeit similar, update on the project via his Twitter page. And since Mr. Penn doesn’t appear to enjoy threading his tweets, I took the liberty of compiling them into one statement:

“Re: the Matrix, yes I’m writing something. Not a reboot, not a continuation, watch Animatrix, read comics to see what Wachowskis did. A script in development is not a movie. No casting, director, style can be discussed yet. Nothing to see here folks…yet. No need to put actors or anyone on the spot, because there’s nothing there yet. No reboot or reimagining, no recasting involved. And this is not the point in process that those decisions get made. So many hoops to jump through, the first one I gotta do myself.”