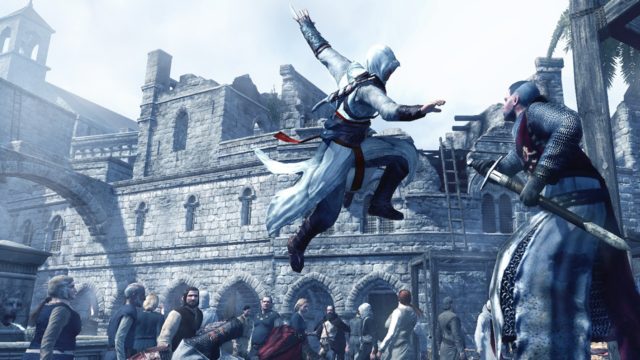 Assassin’s Creed is getting an anime. Now, now! Before you bark and gnash, bark and gnash. Let me tell you. It’s being produced by the same man who had a hand in Netflix’s Castlevania series, as well as cult favorite Dredd.

The über-popular and ubiquitous Assassin’s Creed video game franchise has been around since 2007, and in its decade of existence it has spawned a surfeit of installments and has branched out into other media. Short films, comics, novels, a feature film that grossed over $200 million, and now it looks like the mythology will be making the jump to an all-new medium: a television series.

Adi Shankar, the social satirist with a long history of producing film and shorts that cater to hardcore fan bases — and who is the showrunner for the new Castlevania anime series on Netflix — announced on Tuesday that he’ll be getting the chance to give the anime treatment to a second beloved video game franchise.

After the mixed response to the Assassin’s Creed film, Shankar would seem like the perfect choice to perform a reboot for the small screen. In addition to Castlevania and his work as an executive producer on Dredd, his short “Bootleg Universe” fan films have pleased the fanbases for the Power Rangers and Marvel Comics.

Hopefully this is the start of a thrilling new trend, and we’ll be seeing anime television series of iconic video game franchises for years to come. I vote for James Pond next. Anyone else for the James Pond anime? Just me? Okay then.