Archives
« ‘Far Cry 5’ Trailer: Guns, Cults and Planes in Montana, coming on February 27, 2018
Next ‘Star Wars’ spin-off movie to be decided by June, please anything but Boba Fett » 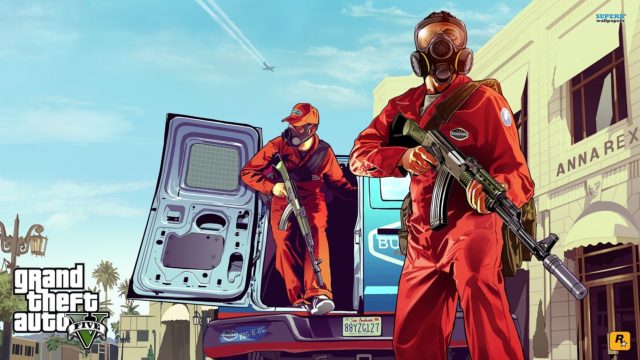 Jesus fucking Christ, Grant Theft Auto V has sold more than 80 million copies. The title ain’t ever stopping. Nope. Not until GTA VI, and I’m fine with that. I loved the game, and these days I love watching people roleplay in GTA Online on Twitch. Yeah, yeah…I don’t know what that says about me-us-humanity, but whatever.

Grand Theft Auto 5 has moved 80 million copies since its 2013 launch, Take-Two Interactive told investors today after yesterday’s announcement that Red Dead Redemption 2 was being delayed into 2018.

In the call, Take-Two also obliquely confirmed that Red Dead Redemption 2 would not release sooner than April 2018. The publisher’s fiscal year ends March 31, and the 2018 fiscal year that began April 1 of this year has just two confirmed titles so far: NBA 2K18 and WWE 2K18, both licensed sports titles expected every year. The only other announced products are two DLC packs for Mafia 3 coming later this month and in the summer.

Grand Theft Auto 5 and, in particular, the revenue from Grand Theft Auto Online continues to be a strong performer for Take-Two, the parent of GTA publisher Rockstar Games. Take-Two said that the game has moved 80 million units to retailers, including 5 million in the first three months of 2017. That number is “sold-in,” which is copies sent to merchants.

Take-Two’s share price didn’t seem to suffer from yesterday’s Red Dead Redemption delay news. In fact, it 16 cents above the opening price on Monday. Today, news that Rockstar expects revenue in its 2019 fiscal year commensurate with what it’s seen in a Grand Theft Auto launch year shot the stock up $3 to about $72 in morning trading.