Archives
« Space Swoon: Earth as seen between Saturn’s rings is existentially staggering
‘King Kong’ TV show is in the works cause why not » 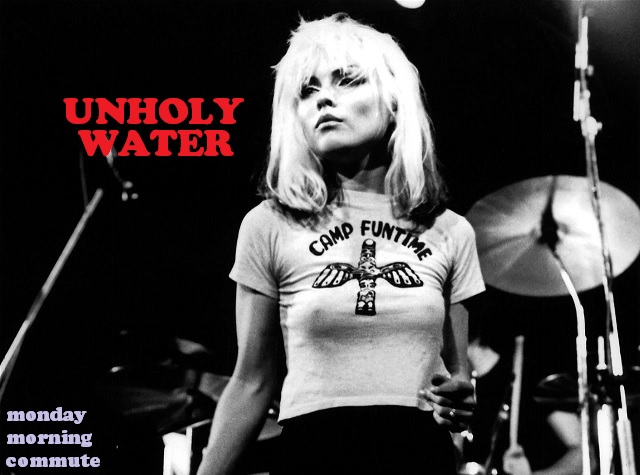 The well had dried.

Just to be sure, Louise through dropped a stone and listened eagerly, waiting for a PLOP! and a renewed hope. All she got was a THUNK! and a reaffirmed desperation. It wasn’t looking good.

Louise turned the pail upside to triple-check for any signs of water, and when gravity told her that she was shit out of luck she almost cried. She would’ve, too, if she wasn’t’ already so dehydrated. At this point, she was sure her blood was turning into dust and that her next period would look more like Lawrence of Arabia than Dracula.

“Fuck it,” Louise muttered, dropping the pail and looking to the sky. Not. A. Cloud. In. Sight. Her only hope – the only hope – of getting water would be to march down to Padre Sausalita’s house and knock on the door. Diligent as ever, the good Padre’d anticipated the drought and had pre-ordered countless gallons so that the congregation’d never run out of holy water.

And Louise never broke a promise.

This right here? This is the MONDAY MORNING COMMUTE!

First, I caffeinate myself into enough of a frenzy to offer a bit of prose — call it microfiction or short narrative or drivel-fiction — for your reading pleasure! Then, I present the various means I’ll be using in the upcoming Monday-through-Friday to cope with the workweek. Finally, you hop into the comments section and offer your own anti-ennui elixirs.

It’s not much more than show-and-tell, but it’s a fairly well-attended event aboard SPACESHIP OL!

Embracin’ my hipster-proclivities by listenin’ to:
PURE COMEDY by FATHER JOHN MISTY

Watched on a whim and now singin’ highest praises of:
KRISHA by TREY EDWARD SHULTS

On the PROWL (lookin’ for suggestions) FOR:
SICK REMIXES!

GUIDIN’ Some MINDS through a readin’ of:
FRANKENSTEIN!

So that’s what I’m up to this week — lots of music, ranting to people about a movie I thought was amazing, and helping the uninitiated dive into Shelley’s classic.

What’re you doin’ this week?